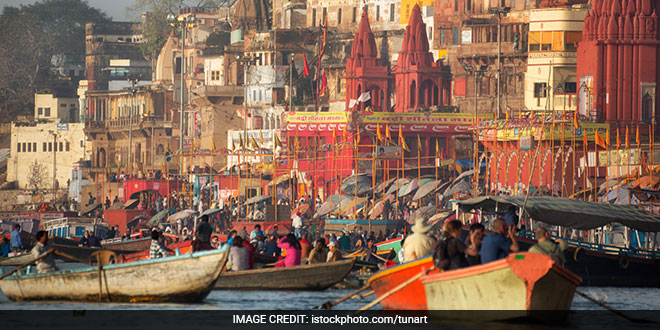 Varanasi: As winter approaches, Delhi and other parts of north India are bracing themselves for smog. One city that saw severe levels of pollution last year was Prime Minister Narendra Modi‘s constituency, Varanasi. And even this year, things are not looking good.

Data for August from Uttar Pradesh‘s Pollution Control Board shows that pollution in Varanasi is up by over 10 per cent compared to August last year.

“Now I’m realising what pollution is. I breathe heavy and cough all day,” says Lav Singh, a 45-year-old traffic constable who has been on active traffic duty for five years now.

The administration in this VVIP constituency claims that after last year’s air pollution figures, they have spent crores of rupees to improve traffic and reduce dust. A Rs. 737 crore scheme called Sanyojit Kashi, under the central government’s smart city plan, was launched to improve public transport and put a traffic management plan in place.

Work on a 100-crore project for traffic lights at 61 city intersections is likely to get underway in a month. But the reality right now is this – some traffic lights installed in 2013 at 10 intersections at a cost of Rs. 1.5 crore are defunct. Roads are dug all around, leading to more dust. All the digging is part of a Rs. 432 crore underground cabling project started last year that is already running very late, despite claims from the district administration.

The city has been taken under the Smart programme. A lot of underground cabling is going on. The timeline was October 31 but it will take till November 15. The real transformation will come after that. Because of Durga Puja many areas were dug up. That’s why our lights are not working. We will get them up in a day or two. A lot of our work, at least 85 per cent has been done, says Yogeshwar Ram Mishra, Lucknow’s District Magistrate.

And monitoring pollution itself is not being done on priority – although the Uttar Pradesh government has monitors in five places in Varanasi, it doesn’t report PM 2.5 levels – the really microscopic particles which easily enter your lungs with possibly devastating impact. The central monitoring agency has only one monitor.

In the last three to four days, levels have begun to spike. According to a 2010 study by IIT Kanpur, vehicles and dust from dug up roads contribute to 36 per cent of the dangerous PM 10 pollutants in the city’s air. Industries around the city add another 26 per cent. Garbage and domestic fuel burning contribute another 24 per cent.

As Sanitation Workers Continue their Strike, Garbage Mounts On The Streets Of East Delhi