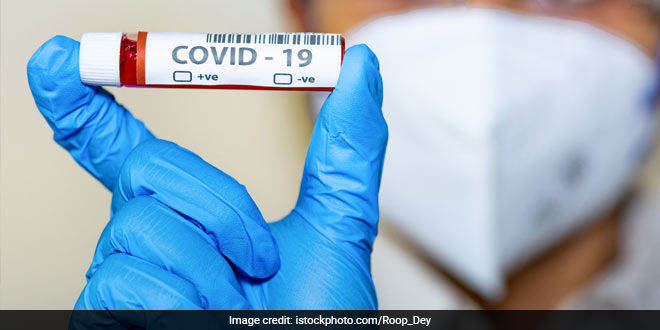 New Delhi: The findings of the first national population-based sero-survey indicated that 0.73 per cent of adults in India were exposed to SARS-CoV-2 infection, amounting to 6.4 million infections in total by the early May 2020, revealed the Indian Council of Medical Research (ICMR) sero-survey. Based on the overall adjusted sero-prevalence of 0.73 per cent and reported number of COVID-19 cases, it was estimated that for every RT-PCR confirmed case of COVID-19, there were 82-130 infections in India, noted the survey.

Also Read: ‘Healthcare System In Rural India Is A Cause Of Concern,’ Says Public Healthcare Expert Amid COVID-19 Pandemic

The findings were published in the latest issue of the Indian Journal of Medical Research which noted that the sero-survey was a randomly sampled, community-based survey performed in 700 villages/wards, selected from the 70 districts of the 21 states which were categorised into four strata based on the incidence of reported COVID-19 cases, i.e., zero cases 15 districts; low cases 22 districts; medium cases 16 districts; and high cases 17 districts.

The sero-prevalence ranged between 0.62 and 1.03 per cent across the four strata of districts.

Also Read: Convalescent Plasma Therapy Cannot Be Given To Everyone, May Be Useful In Early Stage Of COVID-19: AIIMS Director

Of the 28,000 individuals initially tested by COVID Kavach ELISA, 256 were classified as positive and 69 as indeterminate.

Males living in urban slums and occupation with a high risk of exposure to potentially infected persons were associated with seropositivity, it said.

The level of seropositivity to SARS-CoV-2 detected in the stratum of districts with zero cases could be due to the under-detection of COVID-19 cases in the zero stratum districts on account of low testing as well as poor access to the testing laboratories.

The present findings of seropositivity in the strata of districts with zero to the low incidence of COVID-19 cases underscore the need to strengthen surveillance and augment the testing of suspected cases in these areas.

In conclusion, the findings of the serosurvey indicated that the overall sero-prevalence in India was low with less than one percent of the adult population exposed to SARS-CoV-2 infection in India in mid-May 2020. As most of the population remains susceptible to infection, our public health strategy needs to plan for an inevitable increase in transmission.

It is further recommended to establish the district-level facility-based sentinel sero-surveillance to systematically monitor the trend of infection in the long term to inform local decision-making at the lowest administrative unit of public health response towards the COVID-19 epidemic in the country.