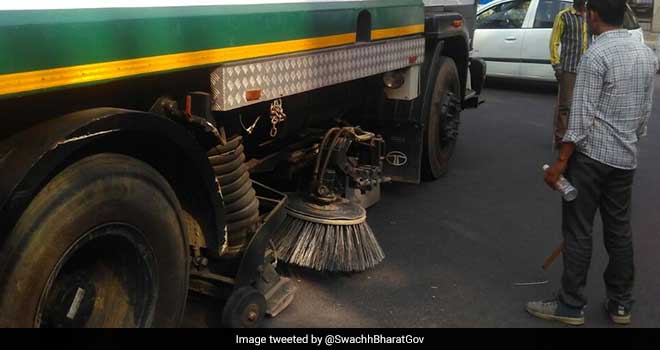 New Delhi: The Centre has sanctioned financial assistance of Rs 300 crore to the three municipal corporations of Delhi for effective solid waste management and dust control.  Union Housing and Urban Affairs Secretary Durga Shanker Mishra said orders for various projects worth Rs 236 crore were issued and the north and east MCDs were asked to prepare other proposals worth Rs 64 crore.

This comes in the backdrop of the Supreme Court castigating Delhi Lieutenant Governor Anil Baijal for his attitude of being “a superman” but doing nothing to get the “mountains of garbage” of the city cleared.  As per the plan, the ministry approved various proposals such as setting up of six bio-methionine plant, 20 accelerated composter, procurement of six supper sucker machines, 14 suction-cum-jetting machines, 272 auto mounted licker pickers, 40 fix compactors, 121 water sprinkler tankers to control road dust, greening on roads (164 acres) and 24 mechanical road sweepers for internal roads.

“Besides, the ministry has sanctioned proposals for procurement of 25 electric garbage vehicles, 10 tractors with water tankers among others,” Mishra said. He said that the execution of proposals was on fast-track so that there was effective implementation of solid waste management. The financial assistance would help the BJP-led civic bodies, which often rue that they don’t have sufficient funds, to deal with the garbage problem in the national capital.

In Hyderabad, A Composting Request Goes Out To Bulk Generators In Form Of Protest By Civic Body Officials