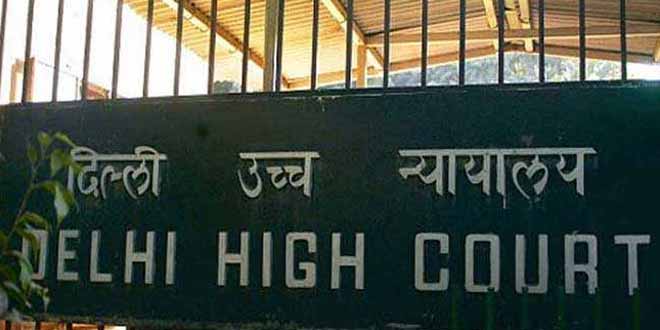 Solid Waste Management (SWM) has been one of Swachh Bharat Abhiyan’s priorities due to India’s poor record with managing and recycling solid waste. The practice of disposing solid waste in landfills, that too in untreated form has exhausted several such spaces beyond their capacities. Delhi, for years, has seen solid waste managed in a disorderly manner, with over exhausted landfills, and garbage disposed of anywhere and nearly nil segregation. The seriousness of Delhi’s waste management scenario was highlighted by the Delhi High Court on August 2, when the municipal corporations were asked to complete draft by-laws for Solid Waste Management Rules 2016 within two weeks.

The direction was given by a bench comprising the acting Chief Justice Gita Mittal and justice C. Hari Shankar. The direction was given during a hearing on two public interest litigations (PILs) which asked municipal corporations what steps the civic bodies had taken to curb the spread of diseases like dengue, chikungunya and malaria. Delhi had to deal with severe dengue and chikungunya outbreaks in 2015 and 2016 and the civic bodies were severely criticised for their failure in curbing the spread of the diseases.

A report on waste management, prepared by experts – Sunita Narain from Centre for Science and Environment, environmental policy advocate Almitra Patel and environmental lawyer Mahesh Chandra Mehta was submitted to the bench. The report detailed the condition of waste management in Delhi and why the situation had reached such alarming levels. On landfills, the report stated that the three landfills of Ghazipur, Okhla and Bhalswa have exhausted their limits. The lack of methanisation or gasifiers to control the methane produced from waste in these landfills turned them into flammable locations, resulting in frequent fire outbreaks.

The dumping sites have become deadly dangerous, and the frequent naturally occurring fires in these dumps release toxic gases. Further disposal of waste in these dumping sites must be stopped by all the municipal bodies because these simply do not have the capacity to take on any more waste. This is why the civic bodies must come up with proper waste management solutions as waste lying around will only lead to outbreak of diseases, said Mr Mehta.

The expert panel also recommended segregation and its enforcement immediately by the municipal corporation, recommending that the civic bodies provide colour coded dustbins to residents, commercial areas, markets, schools. The panel stressed on the importance of segregation so that disposal of mixed waste is avoided. Delhi has a segregation rate of 2 per cent of its 9,500 tonnes of daily garbage, that too around a few areas in the city. The report also recommended that households, societies and shops not practicing segregation should be penalised, as per the SWM Rules 2016.

The city sees really low segregation, from all possible sources. This results in mixed waste being dumped, which ultimately is of no use to anyone. If the civic bodies can begin practicing segregation, they can make the most out of waste, instead of dumping it into a dump yard, said Mr Mehta.

Acting on the court’s recommendations, the NDMC has given orders to residential welfare associations (RWAs), gated communities with more than 5,000 square kilometres in area, restaurants and hotels to abide by the SWM Rules 2016. The civic body stressed on waste segregation and the order thoroughly stated that all solid waste producing sources must segregate waste before handing it over to the garbage collectors. Despite the rules being notified in March 2016, they have not been implemented in almost one and a half years.

The rules could not be implemented right after their notification in 2016 because most RWAs, shopkeepers and other such bodies showed no interest in segregating waste. Our attempts to penalise them have not been very effective either, because despite sending notices to the offenders, we have not received response in majority of the cases. Now that the High Court has intervened, we are hopeful of better cooperation from all bodies, said Praveen Gupta, Municipal Commissioner, North Delhi Municipal Corporation.

Waste segregation has been one of Delhi’s banes, and the city’s inability to address this concern resulted in the three civic bodies of NDMC, SDMC and EDMC securing ranks of 279, 202 and 196 in this year’s Swachh Survekshan. Post the release of the rankings, several meetings have taken place between the civic body officials where they have pledged to work together for the betterment of the city’s waste scenario. On the next hearing of the case, the civic body representatives will be expected to showcase some improvement on the waste management front to better Delhi’s overall performance on treating waste.

Also Read: #PlasticBan: Why Have You Not Enforced It Strictly, National Green Tribunal Questions Delhi Government On Overuse Of Plastic Bags

Delhi Records 7 Deaths In Past One Month Due To Sewer Cleaning Activity, Is Manual Scavenging Privately Thriving In India?