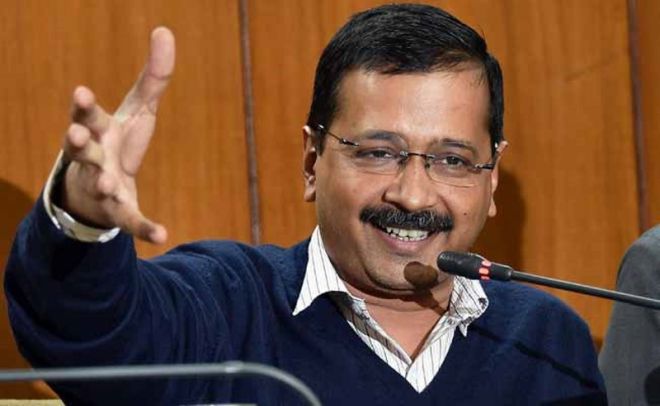 New Delhi: Chief Minister Arvind Kejriwal said he would meet his Haryana counterpart in Chandigarh on November 15 to discuss rising air pollution levels in the national capital as the latter was too “busy” to meet him in Delhi. Delhi CM said Haryana CM Manohar Lal Khattar had called him and told him that the latter was in Delhi till tomorrow, but cannot meet him in Delhi, citing “he (Khattar) was very busy”. The Haryana CM has asked me to see him in Chandigarh on Wednesday, the AAP supremo said. The Delhi CM has been seeking a meeting with his counterparts from Haryana and Punjab over the last few days to find a solution to stubble burning in the neighbouring states, a major source to high pollution levels in Delhi.

“Khattar ji called. He is in Del till tomo. Says he is v busy n can’t meet me in Del. He has asked me to come to Chandigarh on Wed. I look forward to meeting him in Chandigarh on Wed (sic),” Kejriwal tweeted.

Earlier today, he said his office was constantly trying to fix a meeting with the Haryana Chief Minister. The development comes after CM Khattar wrote back to CM Kejriwal and said he was “likely” to be in Delhi on November 13 and 14.

“You may feel free to call me to fine tune a mutually convenient date, time and venue for the meeting,” CM Khattar had said in the letter.

Last week, Punjab Chief Minister Amarinder Singh said the situation warranted Centre’s intervention as it has inter-state implications. The practice of burning of crop residue by farmers of the two states of Punjab and Haryana has been blamed for the toxic smog enveloping the region every winter.

Delhi CM Arvind Kejriwal had recently said that keeping political differences aside, the Centre, Haryana, Punjab and Delhi governments should come together to find a permanent solution to stubble burning which leads to high pollution every year.