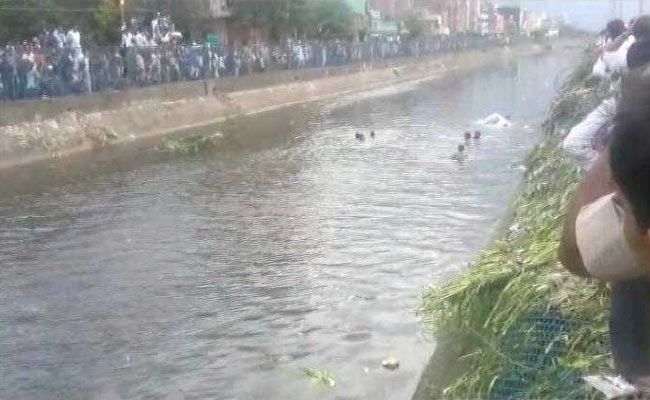 New Delhi: The dangerously growing garbage mountain which is now 80 feet high, from the oldest functional landfill of Delhi finally falls – In an unfortunate event, a huge heap of garbage at Delhi’s Ghazipur landfill site falls on the road today, leaving two people dead, many vehicles and people trapped under the debris. ANI Agency reported that at least 4 to 5 vehicles were swept into the canal. Currently, an NDRF team has arrived at Ghazipur landfill site to pull out people feared trapped under the garbage pile.

The Ghazipur landfill in east Delhi, which is also the oldest functional landfill in the city, was started in 1984 and overshot its limit of 15 feet way back in 2002. The landfill continued to be operational in the absence of alternative sites.

What has happened today, is clearly the result of poor waste management system in the city, spread across 70 acres, the landfill contains around 12 million tonnes of waste.

Speaking with NDTV, Manoj Kumar, MLA, Kondli added, The garbage dump which is now 80 feet high has collapsed onto the roads today and the East Municipal Corporation of Delhi is responsible as they kept the landfill growing above its permissible limit without coming up with possible solutions to tackle this growing bomb.

Our Oceans, Our Future: Sudarsan Pattnaik Calls The World To Act Against Plastic Menace