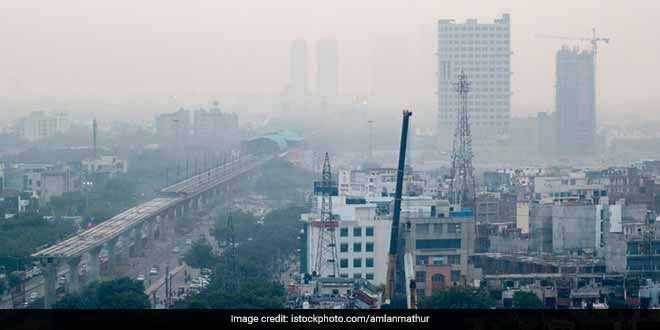 New Delhi: As the killer ‘pea soup fog’ continued to engulf the city, the Delhi High Court on Thursday issued a slew of directions to improve air quality, including watering of the roads to minimise dust. Calling it an “emergency situation”, a bench of Justices S Ravindra Bhat and Sanjeev Sachdeva asked the government to consider the option of “cloud seeding” to induce rainfall artificially, as an immediate step to bring down the dust and particulate matter in the atmosphere. It directed the Delhi government to seriously consider a ban on further construction in the city to the extent possible and implementing the ‘odd-even’ vehicle usage scheme as a short term measure.

What we are facing today has already been faced by London. They call it a pea soup fog. It is a killer. Stubble burning is the visible villain in it, but there are other elephants in the room, the bench said.

It said the fog here was a “deadly mixture of vehicular pollution, construction and road dust and stubble burning.”

Pea soup, or a pea souper, also called black fog, killer fog or smog is a very thick and often yellowish, greenish or blackish fog caused by air pollution that contains soot particulates and the poisonous gas sulphur dioxide. Such a fog had engulfed London in 1952.

Directions were also issued by the bench to the Delhi Traffic Police to ensure there is no vehicular congestion on the roads and provide masks to the personnel on duty.

The bench also ordered the Union Environment Secretary to hold a meeting in the next three days of the chief secretaries of Delhi, Punjab, Haryana and Uttar Pradesh to work out a joint short-term plan to bring down air pollution.

The bench issued the directions, after senior advocate and amicus curiae Kailash Vasdev told the court that emergent steps were required to improve the air quality in the city.

The court also took on record the steps proposed to be taken by the Delhi Pollution Control Committee (DPCC) after a meeting held with the Lieutenant Governor on Wednesday.

The proposed steps include quadrupling of parking fees in the city, ban on entry of trucks except those carrying essential commodities, prohibition on construction activities, increasing the services of Metro and DTC, cleaning of roads, banning brick-kilns and stopping of use of fire-wood and coal in hotels, DPCC’s lawyer Sanjeev Ralli told the court.

The bench, however, did not agree with the quadrupling of the parking fees.

The court was hearing a PIL initiated by it to curb air pollution in the national capital. It has been issuing directions time-to-time in this regard.

Also Read: People With Breathing Problem Should Not Venture Out In Open: Health Advisory

No Improvement In The Air Quality, Delhi-NCR Continues To Breathe Toxic Air