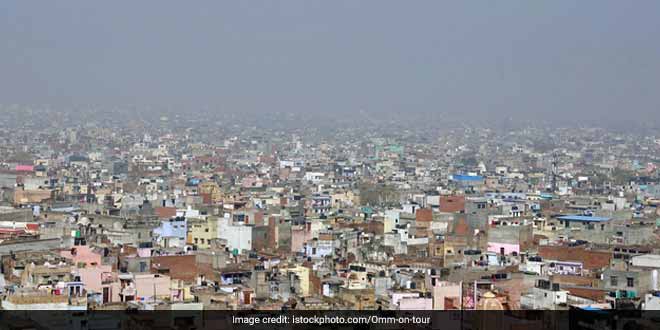 New Delhi: The Environment Pollution (Prevention & Control) Authority (EPCA) today directed the Delhi-NCR authorities to draw up a time-bound action plan to clean up the air of a few pollution hotspots in the region – Anand Vihar, Bhiwadi, Noida and Ghaziabad – within a week. While Anand Vihar, in east Delhi, has consistently recorded alarming levels of pollution, Bhiwadi, an industrial area in Rajasthan‘s Alwar district, has emerged as one of the most polluted zones of the country in recent times. Ghaziabad and Noida are satellite townships in Uttar Pradesh, located near the national capital.

The Central Pollution Control Board (CPCB) monitors have recorded high pollution at Noida’s Sector 125, near the Amity University. All these locations have been recording ‘severe’ air quality even as Delhi’s air have turned a shade better to ‘very poor’ since October 21, the EPCA said during a meeting here.

EPCA chairman Dr. Bhure Lal, who inspected Anand Vihar on Tuesday, expressed grave concern over the situation there and observed that the area, which does not have a single toilet or urinal, resembled an “open air latrine”.

Officials of Rajasthan, who were present in the meeting, said they have roped in IIT-Kanpur to get a study done on the major sources of pollution in the area and suggest corrective measures.

Dr. Bhure Lal also suggested that around 900 buses belonging to the Uttar Pradesh State Transport Corporation operating in Delhi use the bus terminal of Uttar Pradesh, which has ample space and located close to the Anand Vihar ISBT.

“The entire area resembles an open air latrine. Garbage heaps are strewn across, the roads are unpaved and need to be tiled. There is no arrangement of sprinkling water,” he said, slamming the inaction of the East Delhi Municipal Corporation.

He also criticised the Haryana Pollution Control Board for having failed to close a visibly polluting hot mix plant near the Delhi border at Jhajjar despite repeated reminders.

Proper Disposal Of Biomedical Waste Is Important, But Most Hospitals In Arunachal Pradesh Opts To Ignore: CAG Report