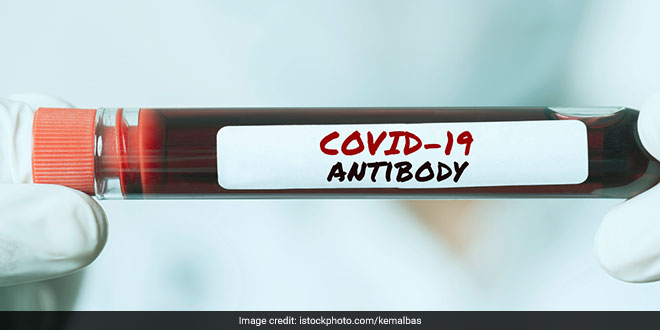 New Delhi: A total of 29.1 per cent people in the national capital have developed anti-bodies against COVID-19, according to the second serological survey conducted earlier this month. “The second serological survey which was conducted between 1-7 August shows that 29.1 per cent of people have developed antibodies against COVID-19. A total of 15,000 samples were collected during the survey,” said Delhi Health Minister Satyendar Jain.

According to the Health Minister, if Delhi’s population is considered to be 2 crore, then about 58 lakh people have developed antibodies and they have recovered. The North East district has shown 29 per cent, South 27 per cent while South East has shown 33 per cent prevalence of anti-bodies in the survey.

A release in this regard said the Government of National Capital Territory of Delhi had commissioned a follow-up sero survey for evaluation of the prevalence and trends of the SARS-CoV-2 infection in the general population of Delhi.

The survey was planned by the Government of NCT Delhi with technical support of Maulana Azad Medical College (MAMC), New Delhi and the sample size for the survey was calculated as 15000 (calculated using expected prevalence of the SARS-CoV-2-infection as 23.48 per cent based on NCDC Delhi sero survey, 95 per cent confidence levels, 1 per cent absolute precision for increased accuracy in the first round).

The sero survey has been implemented across all the 11 districts with the number of participants selected as per the population allocation to the size sampling method both at the district and ward level, the release informed.