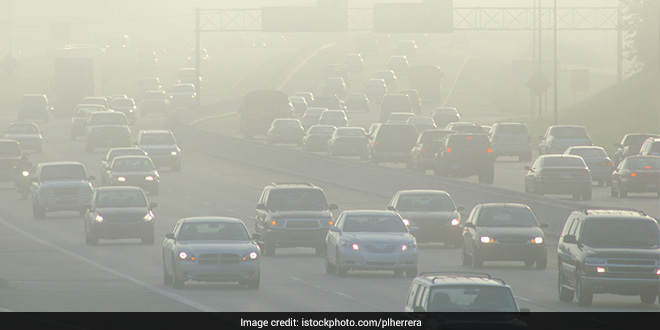 New Delhi: With north-westerly winds blowing into Delhi from neighbouring states, air quality in the national capital worsened on Saturday and is set to remain ‘very poor’ over the next 48 hours. According to weather analysts, north-westerly winds blowing at speeds of 10 to 12 km per hour across Delhi were bringing along pollutants from Punjab and neighbouring Haryana. Satellite images show stubble-burning in parts of Delhi, and areas in Haryana, western Uttar Pradesh and Punjab.

“Winds are supposed to remain north-westerly till October 18, after which there are chances of a cyclonic development in the Bay of Bengal that changes the wind direction to easterly,” Mahesh Palwat, Director of Private Weather Forecasting Agency Skymet, told IANS.

He said easterly winds don’t assure of respite either, as the combined post-Diwali effect, stubble-burning in western UP and meteorological conditions are set to increase pollution.

On Saturday, the PM2.5 situation by 8 pm had crossed the ‘very poor’ mark at Pitampura, Dhirpur and Delhi University in the north, Mathura Road in the south, and the Indira Gandhi International Airport.

The international permissible limit for PM2.5 is 25 micrograms per cubic metre while for India it is 60.

SAFAR officials cautioned people, especially with heart or lung diseases, elderly and children, to avoid prolonged or heavy exertion. Medical experts said already a surge in the number of patients complaining about chest pain and respiratory issues has been recorded.

Beside PM2.5, high ozone level — another carcinogenic aspect in air pollution — also recorded an increase at some places across Delhi, including the North Campus of Delhi University.

“High ozone levels affect lungs, though a major worry in Delhi is PM2.5. It also depends on several other factors like wind direction and speed… whenever there is burning (stubble), there will be harm to human health,” SAFAR Project Director Dr Gufran Beig told IANS.

Air quality in neighbouring Noida fell from ‘moderate’ to ‘poor’ over the past 24 hours, with PM2.5 almost touching the red mark.

All these values were at least twice the safe limit set by the government, which as per the possible health impacts (set by CPCB) can cause respiratory illness on prolonged exposure.