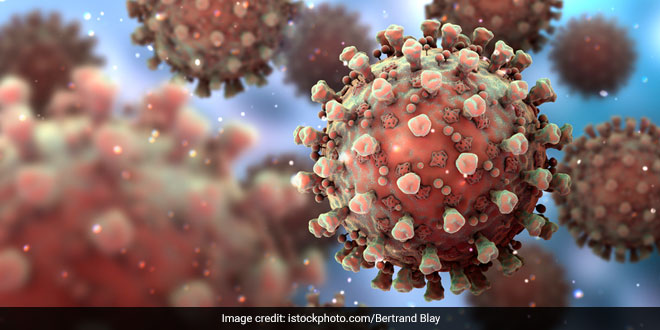 He noted with concern that as some countries ease public health and social measures, “we are starting to see increases in transmission around the world.

While pointing out that new COVID-19 variants are expected and will continue to be reported, “that’s what viruses do, they evolve – but we can prevent the emergence of variants by preventing transmission.” In a strong warning, Dr Maria Van Kerkhove, COVID-19 Technical Lead at the WHO said the Delta variant is a “dangerous” virus and is more transmissible than the Alpha variant, which was itself extremely transmissible across Europe and any country that it entered.

“The Delta variant is even more transmissible,” she said, adding that the WHO is seeing trajectories of incidents that are almost “vertical” in a number of countries around the world.

Many European countries are witnessing a decline in cases but there are a lot of events happening across the region, including large sporting or religious events “or even backyard barbecues.”

All of these actions have consequences and the Delta variant is spreading readily among people who are unvaccinated, Ms Kerkhove said.

While some countries have high percentages of people who are vaccinated, yet the entire population of those nations is not yet vaccinated and many people have not received their second dose or the full course of dose of the COVID-19 vaccines, she said. Kerkhove underlined that COVID-19 vaccines are “incredibly effective” at preventing severe disease and death, including against the Delta variant.

The virus will continue to evolve. And right now our public health and social measures work, our vaccines work, the diagnostics work and the therapeutics work.

“But there may be a time where this virus evolves and these countermeasures don’t. So we need some kind of movement to pull ourselves together to drive transmission down and keep it down,” she said.

Ms Kerkhove warned that events that are large scale and see huge crowds “will have consequences. We are already starting to see some consequences of these events with increasing transmission again. The Delta variant will make that epidemic curve exponential,” she warned. She urged people to keep themselves safe and make decisions individually about what they need to do every day.

That makes it even more urgent that we use all the tools at our disposal to prevent transmission: the tailored and consistent use of public health and social measures, in combination with equitable vaccination, Dr Ghebreyesus said.

He said this is the reason why WHO has been saying for at least a year that vaccines must be distributed equitably, to protect health workers and the most vulnerable. This week, WHO had said that the Delta variant, the significantly more transmissible variant of COVID-19, continues to be detected in new countries around the world.

The COVID-19 Weekly Epidemiological Update released on June 22 by WHO said that globally, the variant Alpha has been reported in 170 countries, territories or areas, Beta in 119 countries, Gamma in 71 countries and Delta in 85 countries.

Delta, now reported in 85 countries globally, continues to be reported in new countries across all WHO Regions, 11 of which were newly reported in the past two weeks, the update said.

WHO said the four current Variants of Concern being monitored closely – Alpha, Beta, Gamma and Delta – are widespread and have been detected in all WHO regions. “The Delta variant is significantly more transmissible than Alpha variant, and is expected to become a dominant lineage if current trends continue.”

Also Read: COVID Cases With Variants Of Concern Rose From 10% In May To 51% Till June 20: Parliament Panel Told