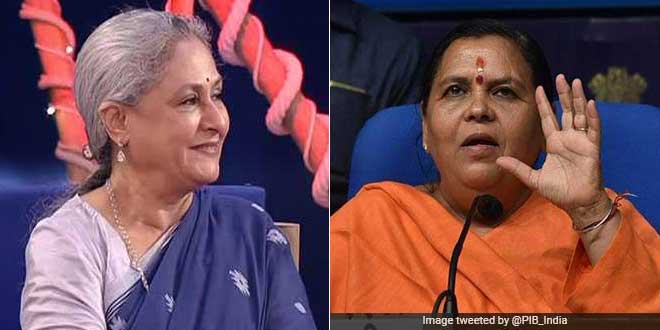 Not waiting for agencies or governments, but indulging in cleanliness activities ourselves will help us realise the dream of a Swachh Bharat, was Prime Minister Narendra Modi’s message to the nation on October 2, on the occasion of Mahatma Gandhi’s birth anniversary and the third anniversary of the Swachh Bharat Abhiyan. The national cleanliness mission has made a visible impact on the state of sanitation and hygiene of India. National sanitation coverage has gone up to over 69 per cent, from 38.70 per cent in 2014. Several states have taken major initiatives to popularise waste segregation and solid liquid waste management to make villages and cities cleaner. One problem which continues to nag the Swachh Bharat Abhiyan is the problem of manual scavenging, and the continuing deaths associated with the degrading work. At two different platforms, Union Minister for Drinking Water and Sanitation, Uma Bharti and Member of Parliament Jaya Bachchan shared similar sentiments on the need to put an end to manual scavenging

Despite being a banned by law, manual scavenging continues to thrive in India and take lives. 2017 alone has witnessed the death of over 45 people due to exposure to deadly toxins from sewers. While much has not changed on ground for manual scavengers in the three years of the Swachh Bharat Abhiyan, the recent spate of deaths seems to have again raised questions about why this practice, banned by law, still thrives?

Union Minister for Drinking Water and Sanitation, Uma Bharti on October 2 proposed penal action against officials for incidents resulting in the deaths of sanitation workers. Addressing a gathering on the occasion of Gandhi Jayanti and in the presence of Prime Minister Narendra Modi, Ms Bharti said the area in-charges should ensure that the practice of manual scavenging does not take place. The Ministry of Social Justice and Empowerment held a consultative meeting on August 30 to discuss some amendments to the existing laws on manual scavenging, particularly with regard to the responsibilities of contractors and compensation paid to the family of victims.

In the meeting of August 30, we have identified certain areas in the existing Act which can be strengthened. These proposed amendments will be discussed over the course of the next few weeks with specialists from different fields before a draft proposal is readied, said an official from the Ministry of Social Justice and Empowerment.

Manual scavenging was also a topic discussed in detail at the NDTV-Dettol Banega Swachh India cleanathon, held on October 2. The segment on manual scavenging, was attended by Member of Parliament Jaya Bachchan, Safai Karmachari Andolan founder Bezwada Wilson and two manual scavengers Rakesh and Naresh. Mrs Bachchan cited insensitivity among the general public as a major reason why manual scavenging continues to thrive despite present legislations. She said that though a number of people, including herself, have spoken about the issue, nothing has happened to change the scenario.

People have become insensitive towards the plight of manual scavengers. Despite money being allotted for special clothes which cleaners are supposed to wear, deaths continue to take place as many of them do not receive the gear. Why are we not questioning people? asked Jaya Bachchan, Member of Parliament.

During the discussion, Mrs Bachchan also said that she would like to provide jobs to the two manual scavengers who were a part of the panel. Speaking on the issue, Magsaysay award winning activist Bezwada Wilson said that government policies are responsible for the deaths. Despite the prohibition of manual scavenging, over 1,400 deaths related to manual scavenging have occurred post the 2013 legislation. Police stations, courts and politicians have collectively failed to uphold the existing laws which prohibit manual scavenging and charge the guilty effectively.

We have been talking about making a Swachh Bharat for the past three years, but if sewage cleaners, who are the biggest contributors towards a Swachh Bharat keep dying, how will we achieve a clean India? The Prime Minister and President have not spoken about the deaths of manual scavengers. Till date, no survey has been carried out either by the Centre or by the states on the number of manual scavengers that exist in India, said Mr Wilson.

Mr Wilson also said that the society has collectively stopped manual scavengers from thinking that they are suited for some other profession. Municipalities can mechanise and modernise sanitation systems to make cleaning a more humane profession. Further, existing dry latrines must be demolished before new ones are built, to end the practice of manual scavenging once and for all.

Also Read: After 10 Deaths In Five Weeks In The Capital, Delhi Government Cracks The Whip On Manual Scavenging

At the end of the cleanathon, Nitish Kapoor, SVP Regional Director, South Asia at Reckitt Benckiser said that focus on manual scavenging should be the motto for the next one year, given the seriousness of the issue.

With the Minister for Drinking Water and Sanitation advocating for penal action against employers of manual scavengers and a proposed amendment to make existing laws on prohibition of manual scavenging stronger, it can only be hoped that the problem gets more effective attention in the coming days and does not get buried under the toilet building spree of the Swachh Bharat Abhiyan.

Watch: We Are Very Insensitive Towards The Issues On Manual Scavenging: Jaya Bachchan

Once Reeling With Low Sanitation Numbers, Belgaum In Karnataka Is On Its Way To Build Over Two Lakh Toilets By End Of 2017