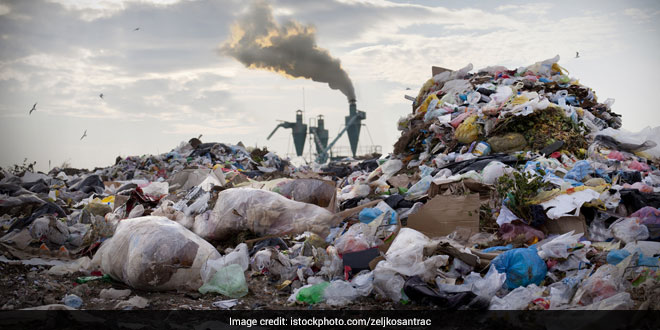 Battling the plastic monster is not easy, as daily usage of plastic has reached a habitual proportion from where eradication of plastic in totality is a tough challenge for civic corporations. In August 2017, the National Green Tribunal imposed an interim ban on use of plastic bags with thickness less than 50 microns in Delhi. Plastics however, remain in circulation, and continue to be dumped along with dry and wet waste. The East Delhi Municipal Corporation (EDMC) on November 28 announced a pilot project to scientifically dispose plastics, as per the Centre’s Plastic Waste Management Rules of 2016.

The project, titled WE CARE (Waste Efficient Collection and Recycling) will look at scientific disposal of plastics and along with the EDMC, will also include the NGO Indian Pollution Control Association (IPCA) among the collaborators. Waste collectors affiliated to EDMC will pick up plastic waste and IPCA will assist with the collection. The NGO will be in charge of paying the waste collectors, and the payment will be as per the amount of plastic collected. Post collection, the plastics will be processed at the Ghazipur waste-to-energy plant. EDMC plans to use the plastic waste and turn it to fuel.

We will assist IPCA with all our infrastructure and machines as well as waste workers for collection of plastic,” said Dr Ranbir Singh, Commissioner, East Delhi Municipal Corporation.

Civic bodies’ struggles to collect garbage are not a new phenomenon in cities. Waste collectors continue to be hired by contractors who pay them lesser than the amount of work done and often do not provide them with necessary equipment for garbage collection. Such treatment reduces their incentive to pick up garbage properly. Multi-layered plastics, such as wrappers of food items are also ignored by waste collectors because they fetch no money when sold. Disposal of such plastic in landfills or burning openly causes further pollution and hence is not a solution. Conversion of such plastics into fuel will see their proper utilisation. The EDMC estimates that 2 to 3 tonnes of plastic waste could be converted into fuel daily at the Ghazipur plant.

Wrappers, food item packets etc. are not recyclable because they are printed and it takes a lot of effort and money to separate the ink from the plastic. Hence, these do not fetch proper prices. Which is why we are concentrating only on multi-layered plastics and the collaboration with IPCA will ensure that they are collected properly and those who collect them get legitimate prices for their collection effort, said Dr Singh.

IPCA has also formed a consortium with several bodies who will financially back the project and extend their support in purchase and distribution of fuel generated from plastic waste. Usage of fuel made from plastic will be marketed by these bodies. Both EDMC and IPCA are hopeful that this model will become a profitable one and give rise to similar such models across urban India.

Various economies around the world have made recycling a profit making industry, and we can too. The fuel obtained from these plastics can be utilised in markets and via the consortium, several bodies will come together to handle the distribution, marketing and sales of fuel from waste. Only when the model becomes a profit making one, we can keep continuing it, said Dr Radha Goyal, Deputy Director, Indian Pollution Control Association.

Based on the success of the pilot, the model of collecting multi-layered plastics for fuel will be implemented on a larger scale, said the EDMC commissioner. More than 15,000 tonnes of plastic waste is generated in India daily, of which an estimated 6,000 tonnes remain uncollected. EDMC’s pilot project, if successful in reducing plastic waste as well as in becoming a fruitful financial model, can be a potential solution to the plastic problem many Indian cities are grappling with.