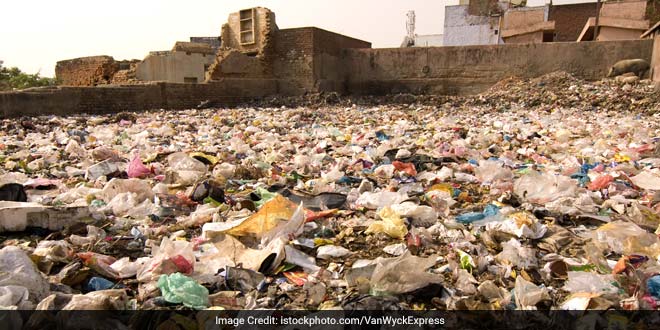 New Delhi: The National Green Tribunal today sought a status report from the Delhi government on its order banning the use of disposable plastic in the national capital. A bench headed by NGT Chairperson Justice Swatanter Kumar asked the city government and Delhi Pollution Control Committee to file a detailed compliance report in this regard before May 19.

The NGT had last year prohibited the use of disposable plastic in the entire city, especially at hotels, restaurants and for public and private functions, while asking the Delhi government to take appropriate steps against “storage, sale and use” of such material from January 1 this year.

The tribunal was hearing a petition seeking review of the December 2, 2016 order imposing the ban on disposable plastic in entire NCT of Delhi.

The green panel had passed the order on a plea filed by advocate Kudrat Sandhu against the violation of waste management norms here and sought ban on use of plastic.

Municipal solid waste (MSW) is one of the most serious pollutants in the country, the NGT had earlier said while announcing a fine of Rs 10,000 on those found throwing waste in public places.

The green panel had said that all authorities were under “statutory” obligation to ensure that waste is collected, transported and disposed of in accordance with Solid Waste Management Rules, 2016 so that it does not cause a public health hazard.

It had noted that the national capital generated 9,600 metric tonnes of municipal solid waste per day and there was no “clear map” ready with the municipal bodies to deal with the huge quantity of waste.

It had also directed the Commissioners of the three municipal corporations to submit a scheme within a month before the Tribunal to provide incentive to the people who give segregated waste at source, “by way of rebate in property tax and on other hand to impose penalties on residents, societies, RWAs who do not provide segregated waste”.