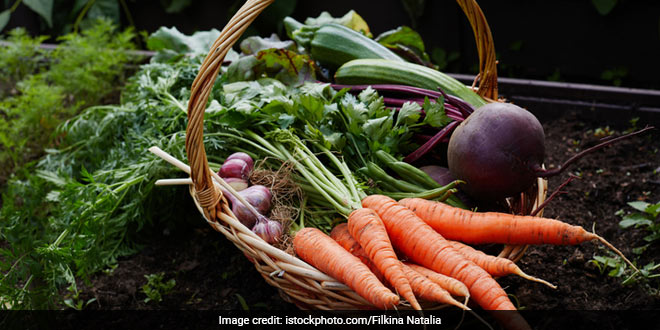 When famine, starvation deaths and hunger dominated the daily news in India, the government had to address them as a priority. The government initiated the Green Revolution to address the shortage of staple foods like wheat and rice for mitigating hunger and starvation. It introduced high-yielding varieties of rice and wheat to increase food production and alleviate hunger. Such food security initiatives were a great success and the procurement and supply through Food Corporation of India was streamlined. Like to every up, there is a downside. It also resulted in the loss of indigenous varieties of crops and millets and distortion of traditional household food patterns, especially among economically backward communities which were not anticipated. Their diets became predominantly based on starchy staples with little or no animal products and a few fresh vegetables and occasional fruits. This transition has resulted in an increased burden of malnutrition with rising micronutrient deficiency as highlighted by the Comprehensive National Nutrition Survey (CNNS) 2019.

The focus was to address food insecurity which missed to take into account the loss of diversity in our dietary practices and resulted in nutritional insecurity. Dietary diversity is consuming more than three major food groups of energy-giving starchy foods, energy-storing fats and oils as well as bodybuilding proteins. It includes adequate quantities of carbohydrates, proteins, vitamins and minerals through diets of cereals, pulses, nuts, meat, fish, eggs, fruits and vegetables among others. It ensures enough nutrients through a healthy balanced diet. There are several factors that drive diversity in our diets, one of which is policy. This year’s POSHAN Maah thematic celebration on ‘POSHAN Vatikas’ captures the importance of diversity in diets.

Only 9.6 per cent of children are fed a minimum acceptable diet as per NFHS-4 (2015–16), which declined to 6.4 per cent as per the CNNS 2016–18. Minimum acceptable diet measures both the minimum feeding frequency and minimum dietary diversity which is the consumption of four or more food groups as explained above. Indian Council of Medical Research (ICMR) and National Institute of Nutrition (NIN) has recommended a daily plate for Indian which ensures diet diversity, in which 45% has been allotted to cereals, 17% for pulses, eggs and flesh foods, 12% for fats and oils, 10% for milk and curd, 8% for nuts and seeds, and merely 8% is given for fruits and vegetables.

However, their recent report What India Eats has shown that despite the regional disparity in consumption, cereals were being consumed the highest across the country. The report, being the first of its kind, also highlighted the rural-urban divide confirming that urban areas had better dietary diversity with more people consuming more food groups. It also identified that lower consumption of vegetables and fruits increased the risk of diabetes and a lower intake of milk increased the risk of hypertension. So, the possibility of reducing ‘lifestyle’ diseases lies in healthy dietary practices, diet diversity being its crucial component. The report notes that the increased availability of inexpensive staple cereal crops has reduced hunger, but at the expense of diet diversity, displacing local crops and protective foods. Dietary diversity contributes to improved health outcomes but it depends upon the availability, affordability and stability of different varieties of food that are not covered under food policy subsidies.

The Centre for Indigenous Peoples’ Nutrition and Environment (CINE) through its study on Scheduled Caste, Dalit and Scheduled Tribe, have highlighted the transformation of dietary consumption. Indigenous Peoples’ food systems have coarse cereals such as Sorghum (jowar), pearl millet (bajra), finger millet (ragi) and foxtail millet (korra) were the mainstays of agriculture, diet and cultural systems, especially in rural India. This was popular in dryland belts like Deccan plateau, Marathwada, parts of Karnataka, Andhra Pradesh and Rajasthan. But ‘traditional’ crops in these areas have been replaced by carbohydrate-rich crops like wheat and rice. Even though these energy-rich bulk cereals are cheaper, they lack micronutrients such as vitamins and minerals and despite this, they have been included in the main food policies of our country to ensure food security.

Monoculture of paddy and wheat over the years has been at the expense of crops like pulses, millets and oilseeds impacting not only the dietary diversity but also the environment. Eighty per cent of the total agricultural production belongs to 23 crops that receive the MSP coverage protecting them from any price fluctuations. It is driving away farmers from growing traditional crops to MSP assured crops. The number of farmers selling paddy crops on MSP in the Kharif season increased by 70% in 2019 compared to 2015 whereas, the same on wheat during the Rabi season also increased by 112% in 2020 compared to 2016. The reason for the absence of fruits and vegetables from the MSP kit lies partly in policy gaps and partly in infrastructure gaps like cold-chain storage facilities. MSP and PDS successfully overcame food insecurity for poor people, but now we should move towards nutritional security. Kerala was the pioneer to provide MSP for vegetables and this model can be considered by other states which are geographically suited for growing vegetables and fruits sustainably.

Some aspect of nutrition security is to be found in Take Home Rations (THR) under supplementary nutrition practices of ICDS. The THR have been designed keeping regional specificity in mind, but dominant cereals and sugar component need shift to include oil and protein sources like eggs, milk for crucial nutrients such as iron, folate, zinc, vitamins B6, B12, and D. Before the COVID-19 pandemic, during Mid-Day-Meals children were given rice, dal and eggs in few states. Two impacts of THR and MDM on children were a) fed non-traditional diets which drive them away from consuming or even growing these crops; b) they are being fed less nutritious but carbohydrate-rich foods.

Above are the policies which directly impact consumption but there are trade and fiscal policies which impact nutrition as well. Liberalisation of edible oil imports in 1992 made importing the cheapest option palm oil for PDS, replacing production and consumption of healthier choices like traditional oilseeds, groundnut or coconut.

POSHAN Vatika or Nutrition garden using the Anganwadi and school premises has been positioned under ICDS to promote fruits and vegetable consumption among communities. Here the local communities, especially tribals, have their choices to grow and consume the variety of food they want which exemplifies the decentralisation of nutrition. It also preserves traditional food practices and indigenous varieties of food crops.

There is an urgent need for policies to shift food systems for a healthier and nutrient adequate diet, not just to satisfy hunger. Tweak policies at the production and consumption side of food and diets. Recently constituted, ‘Task Force on Balanced and Healthy Diets’ has recommended strengthening the “Farm to Fork” approach to ensure affordability, availability and accessibility of healthy diets for food security. If sustainable changes are to be brought about, a supportive policy framework is a must.

Despite Various Government Programmes On Malnutrition, Why Is India Missing Its Nutrition Goals