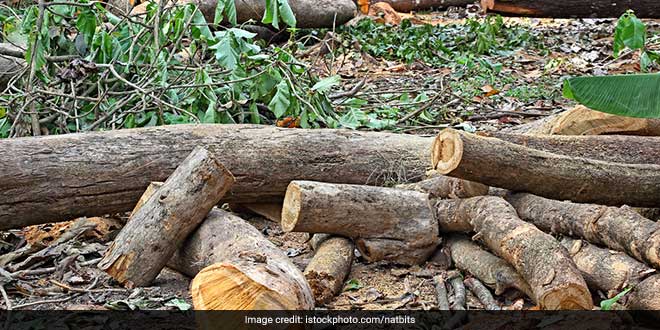 New Delhi: The green cover in cities is constantly under threat due to urbanisation. In the recent years, there have been many instances where citizens have protested against felling of trees. Whether it is Mumbai’s Aarey Forest or Gurgaon’s Aravali Biodiversity park, citizens have realised the importance of trees for clean air and have taken a stand against the deforestation. Now you can also make your voice heard and maybe save a tree through a newly launched app called ‘Save Trees’.

Save Trees app was launched on April 14, and is a brainchild of Verhaen Khanna, Head of the NGO New Delhi Nature Society, working for the protection of trees, animals and birds.

Mr Khanna tells NDTV that he gets calls and messages from across Delhi, and even outside Delhi, on a daily basis, about trees being cut or damaged. He said,

We have received many calls regarding trees being cut over the years. A lot of times we were able to help. However, in most cases, people don’t know what to do to save trees. Sometimes people who know what to do, are not aware about where and when the trees are being cut. People are generally also not aware about their local laws for trees. So, everyday trees are being cut for various reasons. Through this app, we aim to connect people around the world to save trees.

The app is simple to use, if you see a tree being cut, you can post it on the app and notify like-minded people nearby. This is a global app, it has filters and location settings so that users can be notified about cases in different parts of the world. So, if a tree is being cut near you, you will get the notification on your phone. Moreover, the authorities can also use this App to save trees.

Users nearby can also reach the location quickly, they can try and save the trees, or the authorities can be immediately notified if they have this free app downloaded in their devices. Also, cases posted in the app can be easily shared on all other social media platforms, Mr Khanna said.

Moreover, the app will also help users learn about the local laws that cover trees, and prevent illegal felling.

The app has been developed using a crowdfunding campaign, with a target amount is Rs 2 lakh. Mr Khanna and his team were able to raise approximately Rs 1,10,000, with the help of 36 people and took help from a Kerala based company working on nature conservation, Leopard Tech Labs, to develop it.

Mr Khanna says that with this app, he wants people to be empowered to take action. He further explains that the app is currently available on Google Play Store and will soon be launched on iOS, and as more people start using the app, then the functioning of the app will become even more efficient.

We will also be updating it from time to time, people can give their feedback within the app, which we will use towards its improvements, he said.

With this one-of-a-kind app, Mr Khanna hopes people of all ages will learn the local laws about trees from each other, which will prevent illegal felling of trees, and the wildlife dependant on trees will also be saved.

Planting trees is easy, we do that every year. But saving trees is much more important otherwise the trees which you planted will be easily destroyed in front of your eyes or behind your back, Mr Khanna signed off.

Opinion: Inspire The Next Generation To Make A Difference This Earth Day