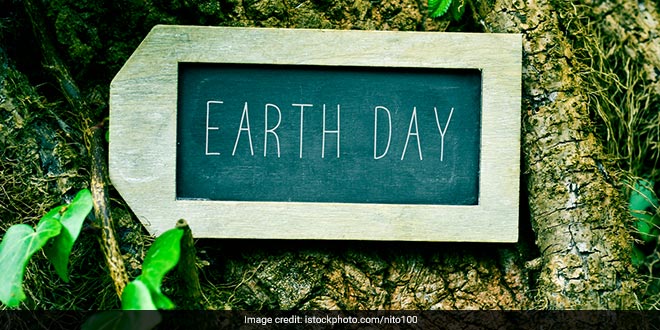 New Delhi: April 22 every year is observed as Earth Day, with an aim to educate people on the importance of protecting the natural habitat, counter climate change and stop destruction of biodiversity, all of which impact the livelihoods of people. The day is marked with a unique theme every year and the theme for 2021 is – Restore Our Earth. With the message ‘restore our earth’ everyone is being urged to come together, educate each other, to prevent the forthcoming disasters of climate change and environmental destruction.

Earth Day is celebrated in over 190 countries, with an estimated 1 billion people across the world participating each year.

Also Read: Earth Day 2021: There Is No Planet B, It’s Time We Take Actions To Restore Our Earth, Five Things You Need To Know

Here are 10 facts to know about the climate emergency, as per United Nations Environment Programme (UNEP).

Earth Day 2021: Celebs, Ministers and Cricketers Urge Their Followers To ‘Restore Our Earth’

Earth Day 2021: There Is No Planet B, It’s Time We Take Actions To Restore Our Earth, Five Things You Need To Know