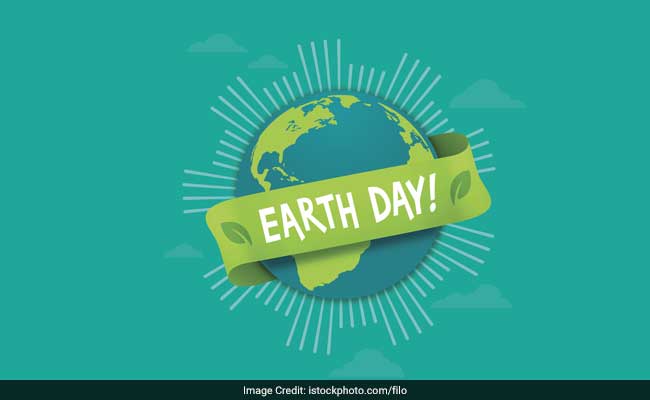 New Delhi: Every year, on April 22, the world is reminded of the challenges facing planet Earth. The day is marked as Earth Day and it aims to educate people on the importance of protecting the the natural habitat, counter climate change and stop destruction of biodiversity, all of which impact the livelihoods of people.

From rise in instances of forest fires, soaring temperatures to unpredictable weather patterns and spells of drought and floods, it is a full blown crisis that cannot be ignored. Even the current crisis of COVID -19, the worst pandemic in over 100 years, lays bare the damage consistent loss of biodiversity and the resultant man animal conflict can cause. As we celebrate April 22 this year, experts, environmentalist, activists and other stakeholders give a clarion call on the need to shift to a more sustainable economy that works for both people and the planet. Here is why celebrating Earth Day assumes importance:

United Nations Environment Programme (UNEP) says that effects and impacts of climate change can be seen across the world. Over the years there has been an increase in frequency and magnitude of extreme weather events from heatwaves, droughts, flooding, winter storms, hurricanes and wildfires. Here are some worrying facts:

• The global average temperature in 2019 was 1.1 degrees Celsius above the pre-industrial period, according to World Meteorological Organization (WMO).
• As per WMO, 2019 concluded a decade of exceptional global heat, retreating ice and record sea levels driven by greenhouse gases produced by human activities.
• Average temperatures for the five-year (2015-2019) and ten-year (2010-2019) periods are the highest on record as per WMO. Whereas 2019 was the second hottest year on record
• Based on today’s insufficient global commitments to reduce climate polluting emissions, emissions are on track to reach 56 gigatonnes CO2 by 2030, over twice what it should be.

Keeping these stark facts in mind, Paris Agreement came into existence. Paris Agreement 2015 is a legally binding international treaty on climate change. It was adopted by 196 Parties in Paris, on 12 December 2015 and entered into force on 4 November 2016.

Under the Paris Agreement on climate, nations agreed to a legally binding commitment in Paris to limit global temperature rise to no more than 2°C above pre-industrial levels but also offered national pledges to cut or curb their greenhouse gas emissions by 2030. This is known as the Paris Agreement. The initial pledges of 2015 are insufficient to meet the target, and governments are expected to review and increase these pledges as a key objective this year.

Every year, the day is marked with a unique theme. This year, it is – Restore Our Earth, which aims to educate people that together everyone can prevent the forthcoming disasters of climate change and environmental destruction.

How Will Earth Day 2021 Be Celebrated

April 22 – the D-day will be marked across the globe with workshops, panel discussions focussing on this year’s theme ‘Restore Our Earth’. The day aims to discuss natural processes, emerging green technologies, and innovative thinking that can help restore the world’s ecosystems. Some of the topics of discussion will be – Climate and environmental literacy, Climate restoration technologies, Reforestation efforts, Regenerative agriculture, Equity and environmental justice, Cleanups, and more. The day aims to bring world climate leaders, grassroots activists, nonprofit innovators, thought leaders, industry leaders, artists, musicians, influencers, and the leaders of tomorrow together so that everyone can contribute to make the Earth a better place.

Back in 1970, Earth Day was founded by Senator of United States Gaylord Nelson to promote ecology and raise awareness about the growing problems of air, water, and soil pollution. Then in 1990, the Earth Day went global when a group of environmental leaders approached Denis Hayes, an advocate of environmental causes and potential of solar power, to organize another major campaign for the planet. That year, the day helped mobilise 200 million people in 141 countries, putting environmental issues onto the world stage. Earth Day 1990 also gave a huge boost to recycling efforts worldwide and helped pave the way for the 1992 United Nations Earth Summit in Rio de Janeiro. The United Nations calls it by “International Mother Earth Day”.

In 2020, Earth Day marked 50 years with global activations that aim to mobilise a billion people worldwide for transformative action for the planet.