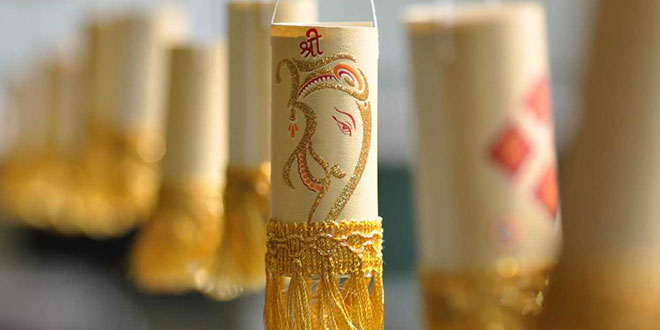 Mumbai: As a child Sheetal Kondhare, born and raised in Pune, was always fascinated by wedding cards. Every time she would spot a wedding card, her eyes would sparkle and immediately she would start imagining how to put these attractive invites to some use. What started as pastime for Sheetal, has now become an integral aspect of her waste management measure. Incorporating the principles of three 3Rs (reduce, reuse and recycle) in her personal life, Sheetal tries to prevent as much waste as possible from being simply dumped to make it was going to the landfill. And among her numerous ventures, she has found a creative re-use for wedding cards – to make lanterns for Diwali.

I am an artist by heart and a designer by profession. I love to keep my hands busy in crafting, gardening and cooking. Since childhood I was always fond of drawing, coloring and paper crafts. I was always amazed by wedding cards due to their paper quality, texture, colors. I would never let my family throw the invitation card post the wedding, says Sheetal, who moved to United States in 2015 with her husband and daughter.

When Sheetal was in her late teens, her elder sister got married and a lot of wedding cards remained unused. It was for the first time when Sheetal took her crafting skills seriously and fashioned the wedding cards into home décor items. She garnered praises from her friends and family who encouraged her to pursue her hobby. Due to a full-time job she was unable to find time to experiment with re-using discarded items or trash. 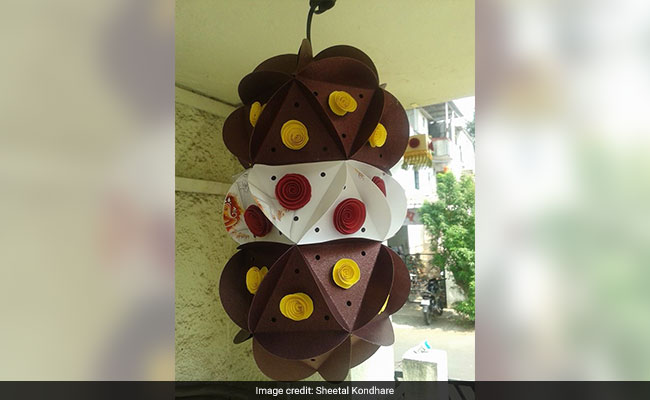 One of the lamps made by Sheetal Kondhare

However, she got chance to get back her to passion when the company that she worked in offered her to undertake volunteering services under Corporate Social Responsibility (CSR).

While in India, I was volunteering for CSR activities in children’s NGOs and municipal corporation schools in Pune. I used to host sessions using various trash items like wedding cards to make lanterns, tissue paper rolls to make toy animals, CDs to make Rangoli and rubber tyres to plant trees, adds Sheetal.

From organising Do-It-Yourself (DIY) sessions with children, participating in local competitions, conducting workshops during festive seasons to sharing her ideas on social media platforms like Facebook and Pinterest, Sheetal tries every possible method to spread awareness about ‘best out of waste’’.

Talking about the benefits of opting for eco-friendly lanterns instead of the conventional lanterns that are made from plastic for Diwali, Sheetal says,

Trash that is not recycled will end up in a landfill hurting the environment. Instead of buying plastic lanterns, recycle, reuse and create your own lantern using wedding cards, cardboards, tissue paper rolls, CDs, and plastic spoons. During festival, we buy a lot of decoration items that eventually turns into trash. By recycling, you are not only reducing the burden on environment but also preventing expenditures on new decoration items. It is important to celebrate a green Diwali. Till now, I have made my own unique set of 6-7 lantern designs. Approximately 300-400 grams of paper gets recycled per lantern.

1)Cut 20 circles of similar sizes out of wedding cards or cardstock paper. Draw an equilateral triangle on all the circles

2) Fold along the triangular folding lines of each circle 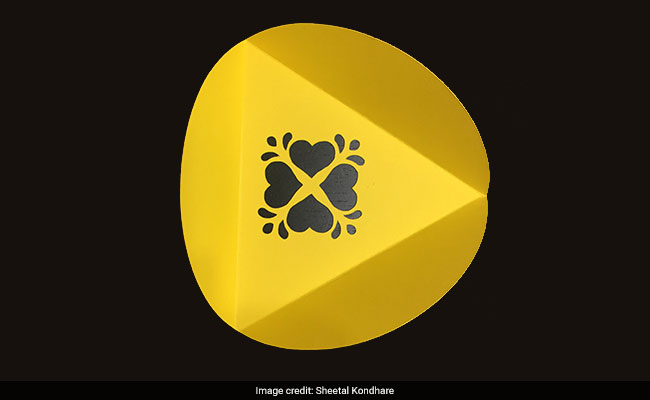 3) The lantern will have three layers: Top, Middle and Bottom. Keep five circles for top and bottom and ten circles for the middle. Begin constructing the top and bottom of lantern – simply glue the flaps together to create a little umbrella. Keep fifth circle flap open. This will help to add bulb for light and staple it. For the middle layer of the lantern, glue the 10 remaining circles together to form a stripe. 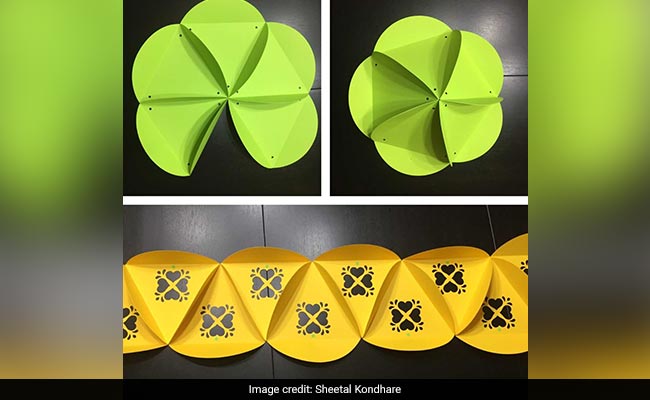 4) When the center layer is dry, glue one end of the layer to the other, making a bangle or ring shape. This will be the foundation of the lantern. 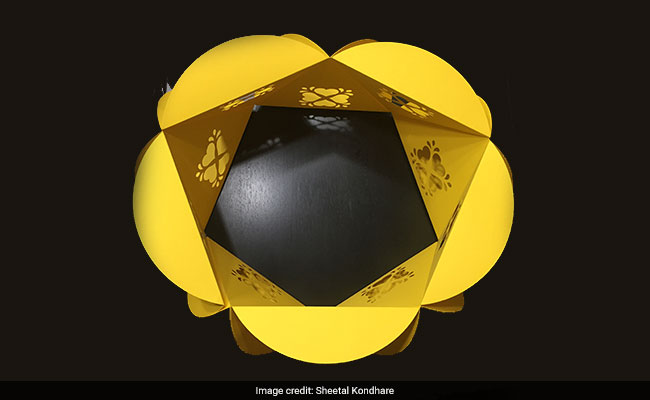 5) Apply some glue on the outside edges, to attach the middle layer, and affix it to the top layer of the lantern. Repeat the step with the bottom layer. Apply glue on top flaps. 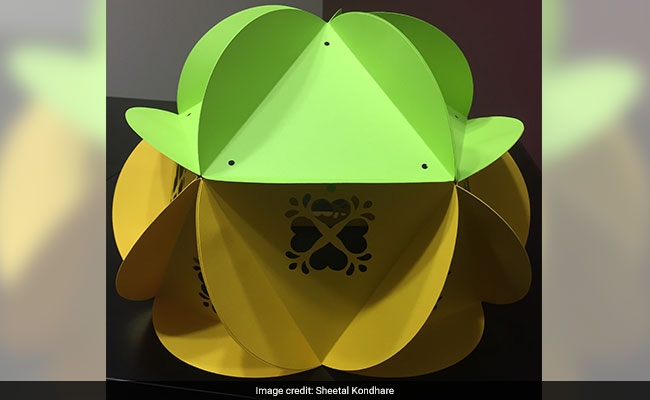