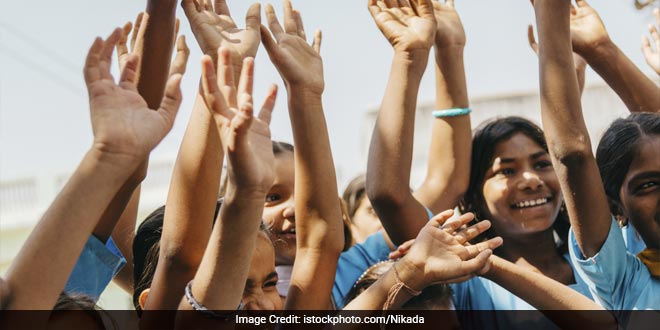 New Delhi: Educational institutes across the country participated in the various cleanliness drives and awareness campaigns during the “Swachhta Pakhwada” which was observed between September 1-15.

About 1,136 Kendriya Vidyalayas and 586 Jawahar Navodaya schools and other Centrally Funded Technical Institutes (CFTIs) such as IITs and NITs also participated in the initiative.

The fortnight-long cleaning and hygiene programme under the “Swachh Bharat Abhiyaan” was observed by the Ministry of Human Resource and Development.

Waterless urinals and Biogas-CNG were some of the initiatives which were taken by the CFTIs under its “Unnat Bharat Abhiyan”, a step towards making a cleaner India.

“We are aiming to develop technology to improve the life in rural and urban areas. All the toilets at IIT-D are waterless and we want the same technology to be extended to households. We are also planning to have our own sewage plant,” said Ram Gopal Rao, Director of the Indian Institute of Technology – Delhi (IIT-D), on Thursday.

He said that this “pakhwada” was important because of International Literacy Day which occurred during the campaign on September 8.

He also spoke about some of the initiatives that IITs have undertaken in terms of building technology which aides cleaning.

A “Swachh Vidyalaya Puraskar” has also been announced for the cleanest school, which will be given at the block, district, and at national level.

“A large part of the cleaning initiative was spent on awareness campaigns. The activities which we all undertook during these 15 days were catalytic in changing people’s attitudes towards hygiene. It has been an encouraging and overwhelming experience,” Vinay Sheel Oberoi, Secretary of Department of Higher Education, said.

“Around 15 lakh students from government schools of Rajasthan wrote letters to their parents urging them to build toilets in their homes,” Subash Chandra Khuntia, Secretary of Department of School Education & Literacy, said on Thursday.

“We undertook sensitisation meetings during this period with students as well as their parents. We also encouraged students not only to keep the school premises clean but their overall surroundings as well,” Khuntia added.

A “Swachhta Bharat Mission Week” will also be celebrated from September 25 to October 2 to celebrate two years of “Swachh Bharat Abhiyan”.