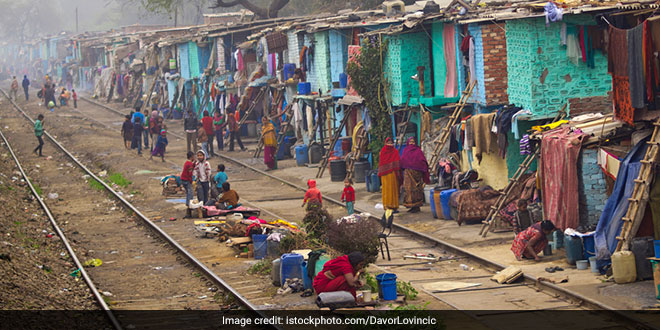 New Delhi: The Delhi Urban Shelter Improvement Board (DUSIB) has decided to maintain around 620 toilet complexes in the slum clusters through private agencies. According to an official, tenders have been floated and toilet maintenance agencies will be appointed by June this year. Chief Minister Arvind Kejriwal chairs the board meeting of the DUSIB, which had in January waived user charges in its toilets.

At present, more than 10 lakh people are using around 620 toilet complexes that comprises 19,000 seats in jhuggi-jhopri (JJ) clusters of Delhi, the official said.

The rationale behind the move is to ensure better cleanliness, maintenance, monitoring of toilet complexes besides availability of round-the-clock facility, he said.

The official said that 620 toilet complexes will be divided into clusters to be maintained by around two-three private agencies.

The DUSIB will pay these agencies for their services. We hope that toilet maintenance agencies will be appointed by June this year, another official said.

There are around 680 JJ clusters in the national capital, where the DUSIB has constructed toilet complexes for people living there.

There are three types of toilets in Delhi — individual, which is constructed by different agencies, community — which are in slums and maintained by the DUSIB and public toilets — which are managed by civic bodies.

In its report tabled in the Delhi Assembly earliest this month, the Comptroller and Auditor General (CAG) had said that not a single toilet was constructed in the city since the inception of the Swachh Bharat Mission two-and-half years ago, with funds to the tune of Rs 40.31 crore for this purpose lying “idle”.

The AAP-led city government did not allocate the mission funds to implementing agencies as per their requirements, the report had said.

Also Read: We Are Confident That India Will Become An Open Defecation Free Country Before October 2019 Deadline: Government

Swachh Bharat Summer Internship 2018: All You Need To Know About How To Apply, Who Is Eligible And Other Details