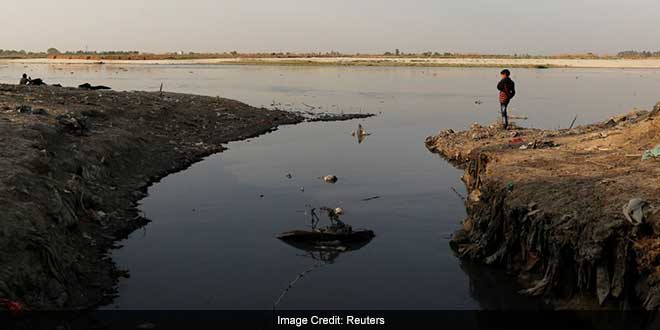 New Delhi: Bihar Chief Minister Nitish Kumar on May 27 requested Prime Minister Narendra Modi to send a team of experts to the eastern state before June 10 to assess the situation of silting in Ganga, as it was “causing ill-effects on the river.”

Chief Minister Kumar raised the issue during his meeting with Prime Minister Modi here, wherein he impressed upon the prime minister that before formulating any silt management policy, a holistic view of the issue was needed.

When I was coming here (Delhi), I was thinking of the pressing issues facing Bihar. And, silting in Ganga is a major issue, which is causing ill-effects on the river. This issue is very serious for us.

There is a threat of flood this time… So, I have requested the PM to send a team of experts to the state before June 10 to assess the situation of silting in Ganga. Experts must assess practically by making field visits of the river stretch from Buxar to Farakka.

And, I thanked the PM as he said that it will be done before June 3, the chief minister said.

The JD(U) leader said he has been “constantly raising” this question even during the UPA rule.

I had brought it up during the Inter State Council meet as well. The issue is getting serious. Two conferences on silting were held, one in Patna in February and the other in Delhi recently, in May.

The Patna declaration and the Delhi declaration were made after the conferences. I apprised him of both the declarations and also submitted all necessary documents today, he said.

Chief Minister Kumar reiterated that the severity of the silting condition cannot be acknowledged without visiting its stretch in Bihar.

And, silt management does not mean just removing silt. It should also ensure the free flow of the river so that silt can go with the current, he said.

We will have talks with shipping and transport ministry officials (under which the Inland Waterways Authority of India falls) and water resources ministry officials. And, the chief secretary is here, he will also take up the issue, Chief Minister Kumar added.

The chief minister cautioned that removing silt aside just for waterway transportation was “not a very wise idea”.

The silt should flow with the river (Dhar ke saath silt bahna chahiye), he said.

The chief minister also raised the special package and special status for Bihar with the prime minister.