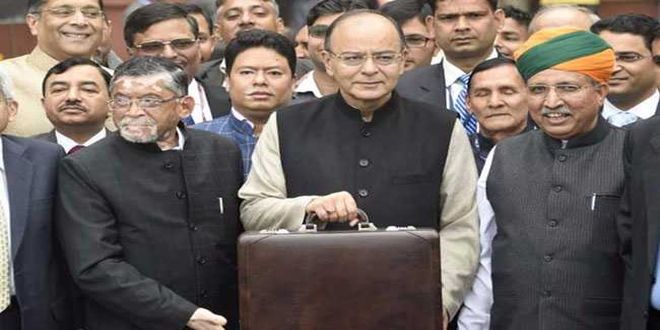 New Delhi: “This budget is farmer-friendly, common citizen-friendly, business environment-friendly and development-friendly,” is how Prime Minister Narendra Modi described his government’s fifth and last full budget tabled in Parliament by Union Finance Minister Arun Jaitley. Amidst the string of announcements made, four aspects namely health, education, agriculture and infrastructure stood out. Besides these, elements of Swachh Bharat Abhiyan including clean air, clean water and sanitation were also highlighted. The FM termed the cleanliness campaign as ‘one of India’s biggest success stories’. And Budget covered a wide range of issues from toilet construction, Ganga clean up to air pollution.

NDTV spoke to experts from different fields covering sanitation and environment and here’s what they have to say about announcements in Union Budget 2018:

When Swachh Bharat Abhiyan was launched in 2014, toilet access was promised to every citizen of India with an overall aim to make the country Open Defecation Free (ODF) by October 2019. The FM confirmed that the government has built nearly six crore toilets in last three years and the target for this year is to build two crore toilets.

However, the budget has reduced the sanctioning amount to be given to Swachh Bharat Mission- Gramin, this year Rs 16,948 crore has been sanctioned for rural sanitation as oppossed to last year’s Rs 19,248 crore.

The decrease in amount is seen as regressive in the sanitation campaign by the experts who have also raised concerns over the toilet construction target to make the country ODF by 2019.

My reaction was a rather disappointing one. If you calculate then by March 2019 (Financial year end’s in March) India will have a total of eight crore newly built toilets and the government’s overall target is 11 crore by October 2019. Building the rest of the toilets within those few months is a big question mark, says Mamata Dash, Campaign Manager at WaterAid India.

Will decreasing the budget for rural sanitation in anyway hamper the journey of Swachh Bharat? Ms Dash says, “This is absolutely regressive. Although funds isn’t only vital aspect of the mission. The government also needs to monitor if the funds are getting utilised. Questions like how much of last year’s Swachh Bharat budget has been used needs to be answered.”

She believes that the ODF goal needs to be relooked and reconsidered if India wants to become ODF in the next 21 months.

The degree of focus on sanitation should have been more considering the 2019 deadline. Toilet construction has outweighed other elements of Swachh Bharat like waste management, behavioral change towards sanitation and so on. There is no point in getting the required numbers if the toilets aren’t maintained or if there is lack of sustainability. Building toilets doesn’t necessarily mean we have ended open defecation. Maybe in terms of numbers we can come close to 85% but the mindset change isn’t happening.

Talking about the need to focus on waste management aspect, she further adds, “The Gobardhan scheme which aims at providing compost fetilisers to framers by converting cattle dung and solid waste is a laudable move. This will hopefully raise more awareness about solid waste management.”

“Air pollution in Delhi NCR is a cause for concern; special scheme will be implemented to support Haryana, Punjab, UP and Delhi NCT to address this and subsidise machinery for management of crop residue,” the finance minister announced. Along with this he also spoke about the Ujjwala Yojana which aims to reduce indoor air pollution faced by women from burning firewood for cooking. The scheme, which targeted covering five crore women will now be covering eight crore poor women.

Addressing the huge problem of crop burning is definitely the need of the hour. Giving subsidies to farmers will hopefully bring down the pollution levels. But one needs to remember here that pollution isn’t limited to northern regions of India it is a national crisis, comments Anumita Roychowdhury, Executive Director, CSE.

Indoor pollution is a very serious health concern says Ms Roychowdhury, “Providing clean energy via preventing firewoods is a significant move. This needs to be scaled up across India.”

On cleaning Ganga front, the finance minister said that all the 4,470 villages in the Ganga basin have achieved the ODF status. And under the Namami Gange initiative, government has completed 47 out of the 187 projects launched to rejuvenate the holy river.

“Whatever budget was allocated under the Namami Gange programme, there has been no timely implementation. Even the speed of allocation of funds has been slow. I reside at Kanpur and have not seen any improvement in the river’s condition here. Most importantly, not much has been done to tackle industrial pollution, which is the main source of pollution in the river Ganga,” says Rakesh Jaiswal, environmental activist and the founder and executive secretary of Eco Friends, a Kanpur based non-governmental organisation.

At present 95 projects of installing sewage treatment plants under the Namami Gange programme are being carried out across five states. Once the plants become functional the government is hopeful of ensuring a cleaner Ganga. The government has also directed municipal authorities to prevent any kind of waste disposal in the river. Union Minister for Water Resources Nitin Gadkari had recently assured that by 2019 80 per cent of Ganga will be cleaned.

Talking about numbers, a total of Rs 20,000 crore have been allotted for the programme’s five year duration. While villages on the banks of Ganga have been turned open defecation free, the project still need 35 sewage treatment plants to reach its target of 70.