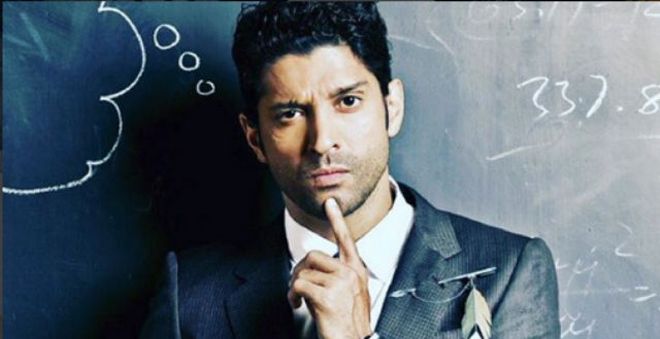 New Delhi: Actor and Director, Farhan Akhtar urged his fans to join the #SayNoToPlastic movement in order to make a Swachh and healthy India. Posting a picture with a re-usable bottle on his social platforms, the actor said, ‘Say no to plastic! My own personal re-usable water bottle for when I’m on sets.”
With a hope that people will join him in this plastic-free campaign, Farhan Akhtar added,

A little is a lot. Do your bit and together, we can have a healthier planet. #savetheenvironment #saynotoplastic.

The actor also announced that from now on the usage of plastic bottles will be cut down to zero in the offices and films sets of Excel Entertainment, a film studio based in Mumbai that was started by Farhan Akhtar, and Ritesh Sidhwani in 1999.

Currently, a million plastic bottles are being bought around the world every minute and this number is expected to jump to another 20% by 2021. The scientists predict that today every square mile of oceans contains about 46,000 pieces of floating plastic. As a result, every single year, approximately 1 million birds, and 100,000 whales, sharks, seals, dolphins and turtles die due to the plastic pollution.

According to Euromonitor International’s global packaging trends report in 2016, more than 480 billion plastic drinking bottles were sold across the world, as opposed to 300 billion a decade ago. If these bottles are placed end to end, then these would extend more than halfway to the sun.

So there is an urgent need to wage a battle against plastic and that needs to start now. How do you intend to end your toxic relationship with plastic, tell us in the comments box below.