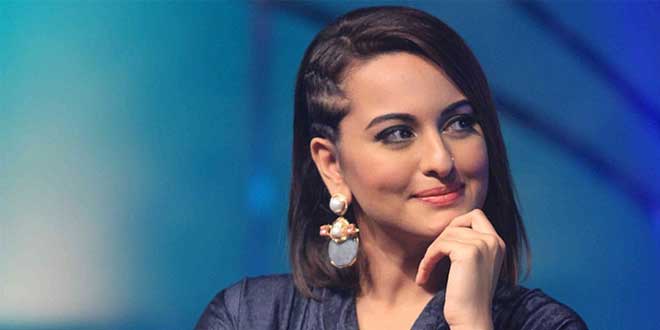 New Delhi: “I always used to wonder where do these (discarded) clothes land up and I was told they almost always land up in these landfills and have a very very bad impact on the environment, but all hope is not lost”, said Bollywood actor Sonakshi Sinha in a video message as she became the second celebrity guest to join actor Alia Bhatt’s ‘Mi Wardrobe is Su Wardrobe’ or MiSu which means mass. A closet sharing, the MiSu initiative focuses on sustainable fashion.

Announcing her association with MiSu, the actor added, “When you share your clothes you not only reduce waste, but you also save water and decrease carbon emissions. So I have joined hands with Mi Wardrobe is Su Wardrobe here you can log on to their website and go and get clothes from my wardrobe. You will not only be helping the environment but you will be helping a lot of people who need help because all the proceeds from these sales will go to being human which is a charity of my choice.”

While urging people to buy apparel from her wardrobe for a good cause, Sonakshi Sinha thanked Alia Bhatt for making her a part of the initiative.

Watch: Awareness Is The Only Way With Which We Can Make India Clean: Alia Bhatt

MiSu is a wardrobe sharing initiative conceived by Alia Bhatt. The objective of the campaign is to promote and create awareness on recycling and upcycling of garments. As part of the initiative, an individual can purchase handpicked favorites from a celebrity’s personal wardrobe.

When you purchase with a tag, you will have a stylish new addition to your wardrobe, you’ll be helping the environment, and proceeds from your purchase will support for a good cause.

In the first and second edition of MiSu, Alia Bhatt shared her wardrobe and proceeds supported the Liter of Light program and The Corbett Foundation respectively. Whereas, in the third edition, actor Anushka Sharma lent her support to the initiative and featured her favorites from her wardrobe.

Also Read: #FashionForACause: Alia Bhatt Promotes Sustainable Fashion For A Cleaner And Greener Future For All

Through MiSu, we’re trying to increase awareness around reusing and recycling, to divert clothing from landfills and help reduce waste, said Alia said in a statement, as quoted by IANS.

Every second, the equivalent of one garbage truck of textiles is landfilled or burned, states a report titled ‘A new textiles economy: Redesigning fashion’s future’, released by Ellen MacArthur Foundation in 2017. An estimated USD 500 billion value is lost every year globally due to clothing that is barely worn and rarely recycled. If the current consumption pattern continues, by 2050 the fashion industry will use up a quarter of the world’s carbon budget.