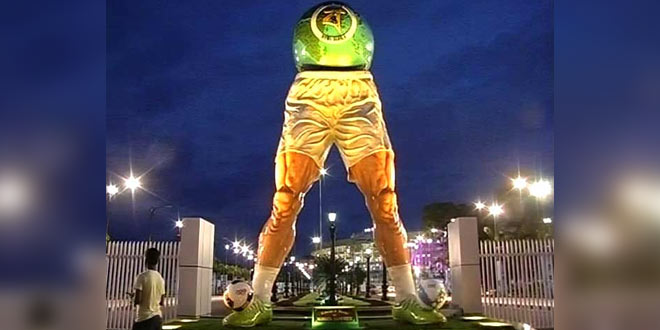 The area include the space around the airport, Jessore Road, VIP Road, Parama Island and a part of the EM bypass, a state government official said today.

“There will be several players, officials and delegates visiting the city from across the world. We need to keep it in mind that the countries they are coming from are less polluted than ours. For that purpose we have designated the area as green zone,” he told PTI. As per new rules, the streets in these places, mainly around the stadium, will be watered twice daily to keep the area dust free.

We have also directed to postpone all construction works in the area until the World Cup is over. We have directed some small factories in the area to keep the smoke emitted by them under control, he said adding that burning anything in open space would not be allowed too.

Incidentally, vehicular movement has been strictly regulated by the Bidhannagar City police, especially the area surrounding the venue, to keep it pollution free.

Parking will not be allowed in the green zone. People will have to park at designated parking areas. They have to drive following proper route. Rash drivers and drivers/owners of polluting vehicles will be prosecuted, a police official of the Bidhannagar City said.

Thorough cleaning of garbage on the roads in the area will be done twice daily. We’ll not allow people to dispose garbage in this zone and strict action will be taken against those littering streets, the government official said.