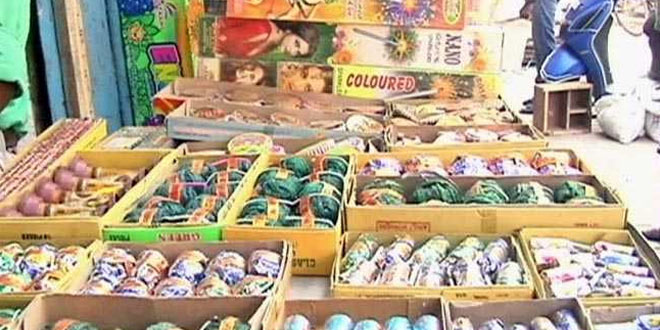 To avoid a repetition of smog that stayed over the capital days after Diwali in 2016, the Supreme Court on October 9 banned the sale of firecrackers in the Delhi-NCR region. The ban, which will continue till November 1 effectively coincides with the Diwali period and ensures that no firecrackers will be sold in the state during Diwali. The court judgment was based on a plea filed, requesting the Apex Court to reinstate its November 2016 order of banning firecrackers.

The Supreme Court order has been welcomed by several environmentalists, medical professionals, politicians and celebrities. The Court also said that it wishes to see how the ban would affect Delhi’s air quality, the quality of which is also under threat from gas emissions and soot from crop burning in Punjab and Haryana. While the order is a welcome relief for many in the city, the tricky part will be to ensure complete implementation of the ban. The order does not prohibit the bursting of firecrackers, and since the ban was briefly lifted on September 2017, fireworks have already been sold by some shopkeepers in the region.

Despite 48-hours into the ban, a few shops continued selling firecrackers in Delhi. In South Delhi’s Govindpuri extension, stray shops were seen selling firecrackers near the busy market area on Wednesday morning, a day after the ban. While the sellers were aware of the Supreme Court ban, they also said that there was no extra vigilance in the area following the ban and hence they were taking their chances to clear as much stock as possible before stricter vigilance kicked in.

We bought firecrackers last month when the ban was removed, hoping for big sales during the Diwali period. With the ban, all we can now hope for is as much sales as possible for the next few days, before police do not allow us to sell crackers anymore, said one of the shopkeepers at a cracker shop in Govindpuri, South Delhi.

The Delhi-NCR region accounts for nearly Rs 1,000 crore of the firecracker market in north India and a ban would definitely affect the sales. Implementation of the ban will however not be easy, as shopkeepers and traders will look for loopholes to violate the court order. A day after the ban, while the bigger markets of Sadar Bazaar, INA Market and RK Puram market have already seen shops shut post the ban, several firecracker sellers took to social media sites such as Facebook to sell crackers, some of them even offering discounts on purchase. Firecracker traders have also approached the Supreme Court, seeking modifications in the order. A bench of three judges assured the traders that post due consultation with Justice A.K. Sikri, who passed the banning order, the traders’ plea will be taken up for urgent hearing.

Smaller shops have bigger chances of violating the ban as they do not belong to any particular market area. We have formed special teams which will patrol throughout the city to implement the ban. Strict action would be taken against anyone violating the ban, said Dependra Pathak, Special Commissioner of Police, Delhi Police.

Delhi Police confirmed that vehicles will also be checked during this period to keep a tab on sellers promising home delivery of crackers. Gurugram Police has also promised to work with the administration to ensure that Supreme Court’s ban is implemented with immediate effect. Gurugram is a part of the National Capital Region and the ban extends to the city as well.

We have already held meetings to discuss the ban and will implement it right away. Notices have been sent to firecracker sellers in Gurugram and we will work in tandem with the administration to ensure that the ban is implemented properly, said Sandeep Khirwar, Commissioner of Police, Gurugram.

As the cracker ban order gains further momentum in terms of implementation, the effectiveness of both the ban and how authorities have been able to implement it will only be realised post Diwali.