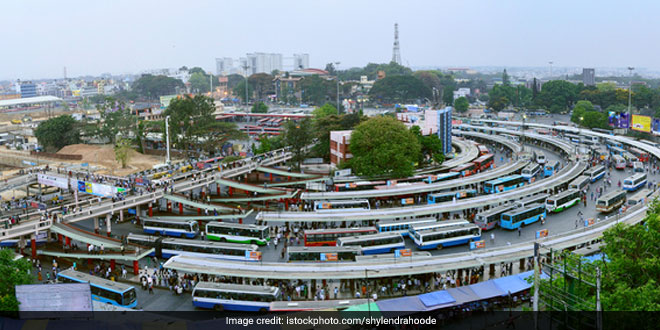 New Delhi: Bengaluru, initially known as the country’s ‘Garden City’ and then as India’s IT Capital, is today drowning in its own garbage. From handling only 200 tonnes of garbage per day in 2000-01, now the city is handling with a massive 4,000 tonnes, a whopping rise of over 200 per cent. Bengaluru has also witnessed several instances of garbage and debris being dumped at vacant sites, lakebeds and wetlands. To stop this practice, the civic body, Bruhat Bengaluru Mahanagara Palike (BBMP) has decided to install more than 2,500 CCTV cameras in all the 198 wards in order to monitor reckless dumping of waste.

With a budget of ₹10 lakh for each ward, BBMP aims to install the CCTV cameras and monitoring units and move city’s ‘black spots’. A senior official from the BBMP adds,

The instances of garbage being dumped on the vacant sites were increasing with each passing day. Whenever we impose strict implementation of segregation of waste at source and refuse to collect the mixed waste, the reckless dumping incidents increase in the city. In order to check this, we are installing CCTV cameras.

The officer also said that this time if the instance is reported the civic body will impose hefty fines on the defaulters.

Not just that, BBMP will also recruit eight swachh marshals, one per zone, and deploy them on vigilance vehicles in the night to catch hold of violators. The vehicles are pre-fitted with GPS track system to ensure complete accountability and track the rounds of the marshals.

The Need Of The Hour

Even though these steps are being taken by the civic body, but, it will not be successful until unless citizen of the city are involved thoroughly. On priority basis to unburden city’s space from the garbage mess, people need to reduce the amount of waste they generate. And the simple way of doing this is by segregating the waste they generate.