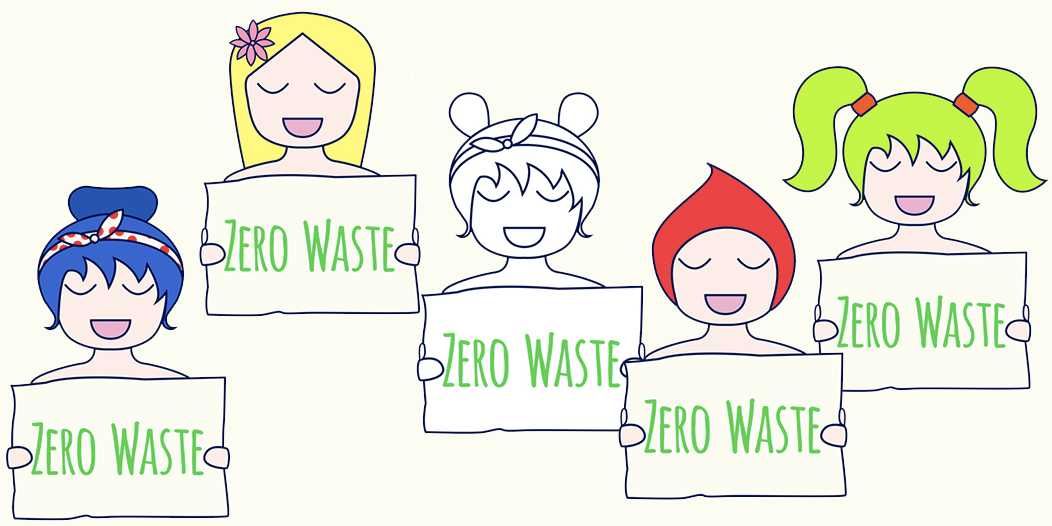 New Delhi: “The dump killed my son,” these were the words of a 19-year-old Abhishek Gautam’s mother. Her son was killed on an afternoon of September 2017, when capital’s oldest garbage dump site in east Delhi – Ghazipur, which was and still is like a landmark of the garbage crisis in urban India, collapsed. Along with changing Abhishek’s life, the tragedy killed one more person and left many injured. Today, one and a half year after the incident the state of waste management has not changed much, the 80 feet tall mountain of garbage is still standing strong, waiting for another tragedy to happen.

Instead of taking a cue from the incident that left a huge question mark on the way urban population of the country manages its waste, the irony is that the citizens are still continuing the practice of mindlessly dumping waste into the dustbins. 28-year-old Rashmi Mathur from Skylark Apartments, Ghazipur adds,

Every morning, a garbage van comes to our apartment playing ‘Swachh Bharat Ka Hai Irada, Kar Liya Humne Apne Desh Se Yeh Waada’, that’s when everyone in the society gets to know that they have to bring their garbage bags down for dumping. I have been following the routine of segregating my waste at home since the time the tragedy in Ghazipur took life of two people. The grim reality of garbage pile taking lives of people moved me to take a step towards waste management. But, the funny part is even though I am following the necessary stepS of segregating my waste at source, none of my society members are doing that. Moreover, the van that comes to collect our garbage has only one compartment – so, I end up dumping my segregated waste in a mixed form only. As a result, my step to effectively manage waste is not making any difference.

From Ghazipur to another part of New Delhi, 29-year-old Anju Pandey along with 150 families who lives in Oriental Apartment, Rohini have decided to go zero waste in wake of the 164 feet height of the garbage pile up at North Delhi’s Bhalswa landfill. 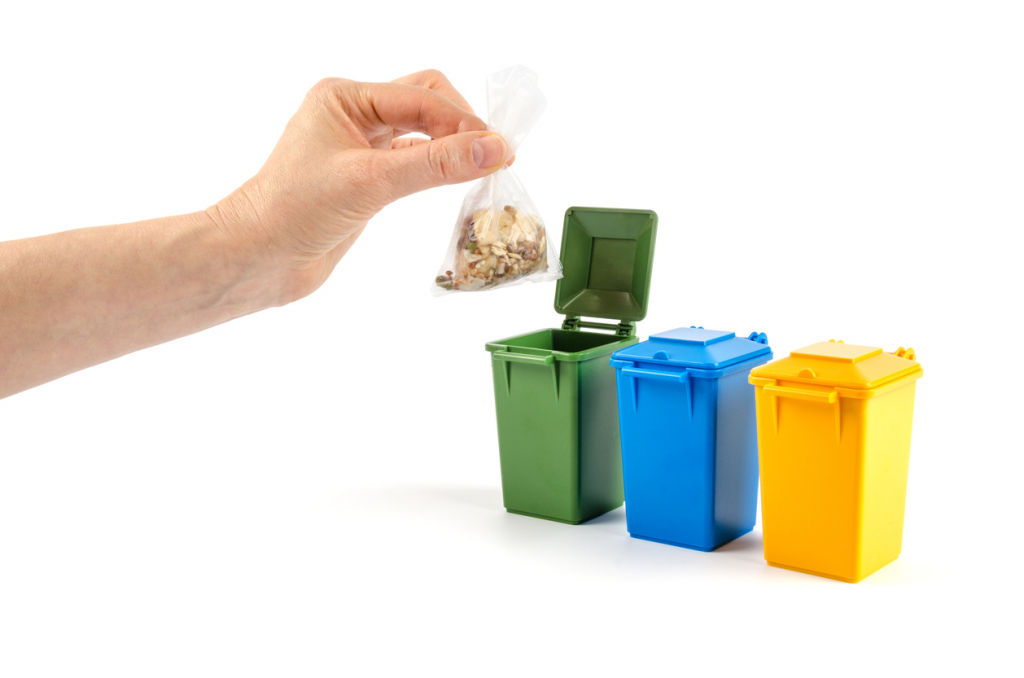 In Oriental Apartment, Rohini, individuals segregate their own waste and waste pickers are fully trained to collect the segregated waste only in two bins

As a first step towards effective waste management, the apartment authorities decided to initiate the basic step of waste segregation in the colony, wherein houses were asked to segregate their waste into two categories – Dry and Wet waste. Dry waste includes items such as newspaper, packaging material, tetra packs etc. Whereas wet waste includes items from your kitchen such as vegetable peels, fruit peels, small amounts of wasted cooked food etc.

To ensure the waste segregation being done by all the residents completes the waste management chain, the apartment joined hands with Scrapped, a recycling company that gets involved with resident welfare apartments and societies to help them manage their waste. First Scrapped institutionalised the residents with the process of segregating waste then assured a chain of waste collection and waste management, but that remains unbroken.

2. Waste To Wealth – A Second Part To Effective Waste Management

Once the waste from the households is collected in Oriental Apartment, the waste collector further segregates the waste in four categories – Recyclable waste, Non-recyclable waste, Organic waste and Reject and Inert. Organic waste is used for the purpose of composting, for which the unit has been installed in the society only. Whereas, all the recyclable waste is sent for the purpose of recycling and the waste which cannot be recycled is sent to Pune where the society has tied up with one of the company’s that helps convert that waste into poly-fuel. B.K. Bajpai adds,

The idea is to not send any amount of waste out of our colony. Today, there are hundreds of organisations which are ready to manage your waste for you – all individuals have to do is change their waste management and producing practice. Our society has joined hands with multiple vendors – some are taking care of the plastic waste that our society is generating, whereas some are taking care of the paper waste, non-recyclable waste. The wet waste of the society is put for the use of composting. Following this waste management chain not only we have been able to reduce our waste load from the nearby landfill but have also been able to make money. We have been selling the compost we are making at the rate of Rs 20 per kilograme and so far we have sold around 1000 kilograms of waste. Along with composting, we are also selling newspapers, plastic waste to vendors, through it also we are making money, which is then being used in the development activities of the society.

3. There Is More Than Just Dry And Wet Waste

Apart from managing the two of the bulk categories of waste – dry and wet waste in an effective way, the Oriental apartment has also been leading the way in handling e-waste and menstrual waste. What the society has done is simple – with the ideology of not dumping anything in the dustbin carelessly, the apartment has educated its society members to even send their e-waste for recycling by calling different e-waste units home. Along with that, women of society have been made aware about using compostable or eco-friendly pads or menstrual cups.

There are sessions within the society every month on some or the other topic of waste management. When initially the practice of waste management was kick-started in the apartment no one thought about menstrual waste. But slowly even that waste started coming in question, that is when women and girls of the society decided to switch to eco-friendly products. This change has been possible because each and every household is today segregating their waste, they know the difference between wet and dry waste. Once you become aware about the waste management chain, you get involved and that is when you make a difference in the society.

Now that we know how effectively waste management is done, every time I want to discard my electronics, I look out for vendors that will come home and collect the waste. It is easy and it is the solution to the mass problem of waste we are currently facing.

What we do is simple, once we receive the call from people of the apartment; we make an appointment, reach their place and take the respective electronic with us. If the electronic has some value then we give that amount to the owner otherwise just take it away for free of cost. At our centre, we dissect the electronic into different categories and then further use it to repair or refurbish products.

4. After Recycling, Residents Following Two Other R’s Of Waste Management – Reuse And Reduce 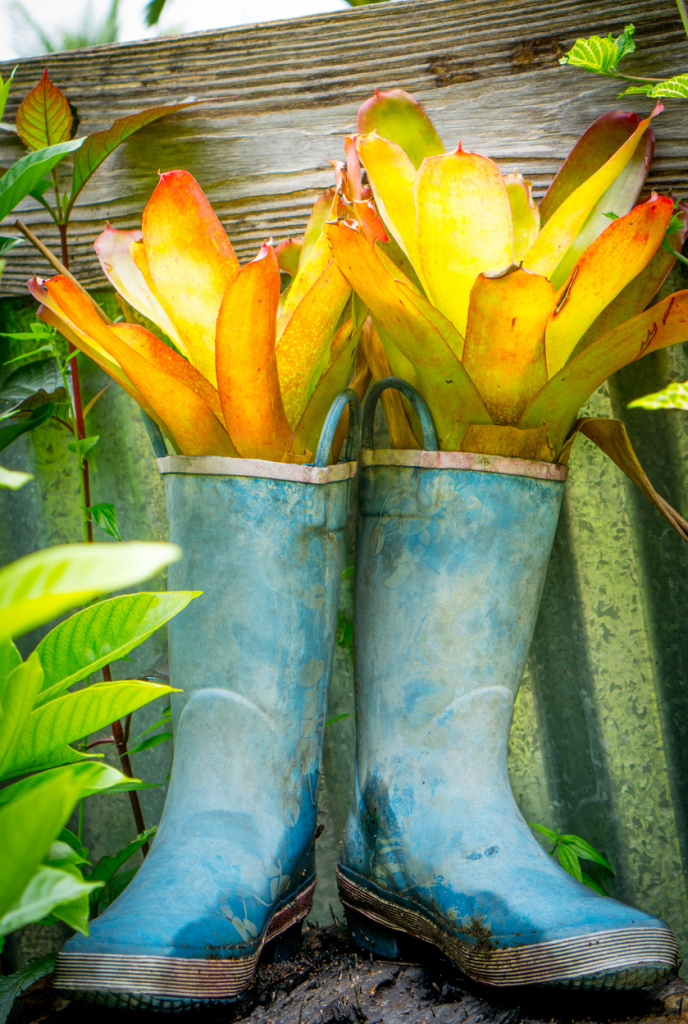 It is not just about managing the dry, wet and other types of waste well, it is also about initiating the practice of generating less waste. Oriental society has also mastered this technique by educating each and every member of the society on how they can replace plastic waste from their life and switch to eco-friendly alternatives. In society, where 150 families are living, no one uses plastic cutlery at home nor utilises any type of disposable items. The members have switched to steel cutlery and during parties call out either for eco-friendly cutlery or simply uses the steel ones. 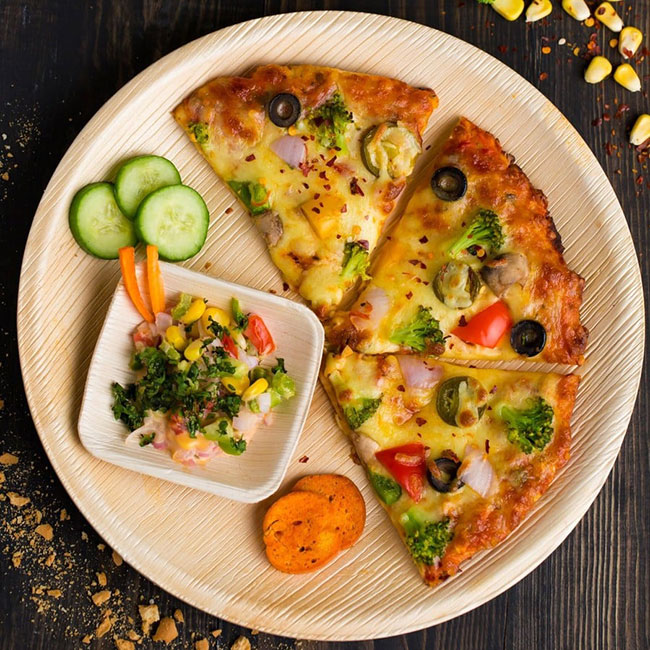 To add my contribution in my society’s good waste management practice, I have started upcycling waste products at home. I am using plastic bottles and giving them a makeover of planters. Sometimes, I even use big plastic bottles as stands which then gets utilised in the kitchen or wash basin for storage purpose.

What started as a simple waste segregation practice, today has made 400 people living in Oriental apartment of Rohini adopt a zero-waste lifestyle. Along with this, today they are more aware about their actions and how they can make a difference in making this planet a lot safer and cleaner place to live in.

Along with this, society has benefitted the rag pickers who had worked all their life in managing waste in the informal sector of our society. Today, instead of searching for waste and risking their lives in the landfills, they have been employed by the recycling companies like Scrapped that are associated with the society to manage its waste.

Now, imagine if 377 million urban people living in 7,935 towns and cities of India that are today generating 62 million tonnes of municipal solid waste per annum decide to adopt the model of Oriental Apartment, then how much waste load from our dying landfills of India can be saved.

In India, out of 62 million tonnes of waste, only 43 million tonnes of the waste gets collected, whereas, mere 11.9 million tonnes is treated and 31 million tonnes is straight away dumped in landfill sites. Because of this statistics today all are major landfills such as Ghazipur, Deonar or Dhapa are exhausted and overburdened by the daily disposal of waste. So, as a conscious citizen of the country, it becomes our duty to rethink the way we have been generating and managing our waste.

India’s Garbage Crisis, An On Ground Report: ‘Everyday, We Wake Up To The Smell Of Waste,’ Story Of Thousands Of Homeless Living In Delhi