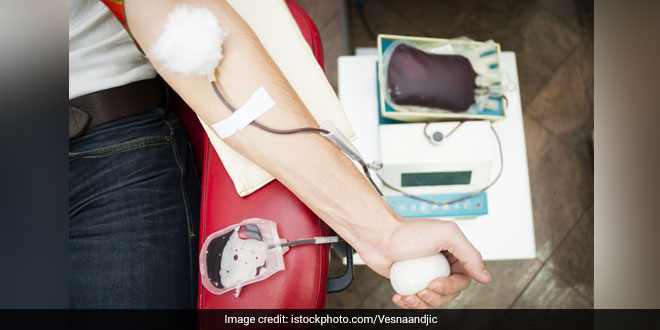 New Delhi: Almost three months back, it was the epicentre of COVID cases but now Central Reserve Police Force’s (CRPF) 31st battalion is the hub of plasma donors, with several of its personnel leading from the front to donate plasma. This is not the only case with 31st battalion of CRPF, in fact, all CAPFs (Central Armed Police Forces) which have recorded almost 4,000 cases so far are gearing up for plasma donation. Forces like Border Security Force (BSF), Indo Tibet Border Police (ITBP) — which also maintains the world’s largest COVID Care Centre — have prepared a list of jawans who are ready to donate their plasma, if requirement.

A jawan of CRPF’s 31st battalion has already donated plasma to a journalist and other two persons. Jawans while talking to ANI said that initially, when they got to know that they have been infected by COVID-19, they were very scared but after getting treated now they are ready to donate plasma “again”. Head Constable Manjeet Singh said,

I was very scared when I got to know that I have COVID-19. I was in an isolation ward for 15 days and later spent 15 days in quarantine. Recently I got to know that I can save lives by donating my plasma so I donated it. I am feeling very positive. I can donate again after a month.

But it is not necessary that every COVID-19 recovered patient can donate. Officer Second in command 31st Battalion Deependra Rajput told ANI,

We had sent nine jawans but six out of nine jawans didn’t fit into the criteria and doctors told them that right now they can’t donate. Our 31st Battalion had over 130 cases and now we have 130 plasma donors. But, they can only donate if they are declared fit.

Not only CRPF but BSF, ITBP, etc are also gearing up for plasma donation. BSF DIG, Lalit Kumar told ANI that they are ready with the list of donors and the force’s jawans will donate plasma through AIIMS. Lalit Kumar, DIG, Border Security Forces said,

We are preparing a list of willing plasma donors. We will provide a list to AIIMS and whenever required, jawans will be sent to the hospital to donate plasma. They are all willing ready and soon the list will be handed over to AIIMS.

We are ready with our list of plasma donors and we will tie up at multiple organisations so that plasma of ITBP jawans can be donated to the public.