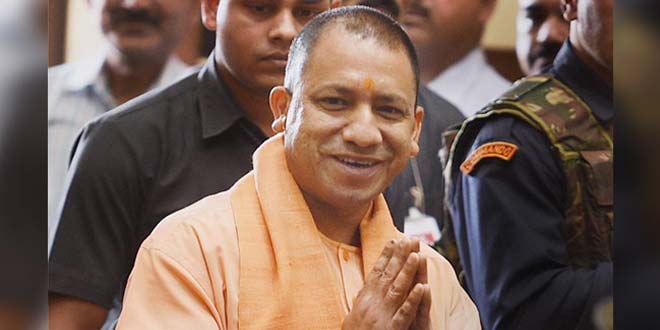 Varanasi: Uttar Pradesh Chief Minister Yogi Adityanath said on May 27 that the Ganga river, which is a symbol of ‘Sanatan Sanskriti’, is everyone’s mother. He claimed that the pollution level in the Ganga river was the highest after the Ganga Action Plan was launched in the 1980s due to non-cooperation of states through which the river passes.

Addressing a gathering of heads of villages on the banks of river Ganga in Uttar Pradesh, Chief Minister Adityanath said the Narendra Modi government at the Centre is making efforts to clean and rejuvenate the river through its Namami Gange programme.

He claimed that non-cooperation of states through which the river passes, led to the failure of the Ganga Action Plan- 1, launched in 1986 by then Prime Minister Rajiv Gandhi.

Several reports suggest that the river’s pollution level turned worse after the scheme was launched and huge amount of money was spent on it for almost 15 years, the chief minister said.

If the Yamuna and the Ganga dry up, Uttar Pradesh will turn into desert, Chief Minister Adityanath said and appealed to people not to throw coins, clothes, flowers and other items into the rivers to save those from getting polluted further.

The chief minister was addressing the ‘Swachh Ganga Sammelan’ held at Banaras Hindu University, which was attended by heads of villages from 25 districts in the state.

Earlier in the day, the chief minister prayed at Kashi Vishwanath and Kaal Bhairav temples and also visited the parliamentary office of Prime Minister Narendra Modi at Ravindrapuri extension here and heard the grievances of the people.

In the evening, he held a review meeting with officials of eastern UP districts to oversee the pace of development works in the region.