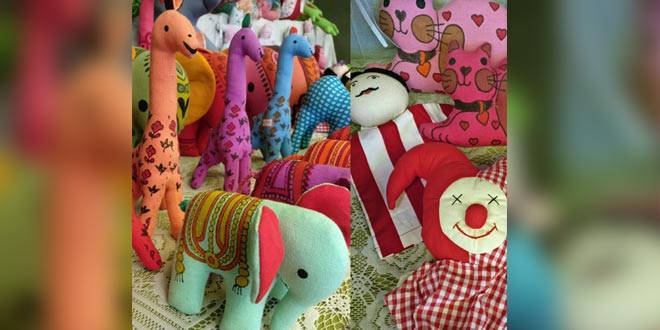 New Delhi: Pen stands made of audio cassettes and folders embroidered with their tapes, photo frames embellished with shards of egg shells, and handbags made of newspapers are only a few colourful handicrafts articles lined up at the Nature Bazaar here. What puts them apart from other offerings like Crochet, Chikan embroidery and Kutchi handicrafts at the ongoing Dastkar Basant Bazaar is their distinctly eco-friendly nature. In one of the stalls, named ‘Trash to Cash’, Dilip Kumar Prajapati is selling these products which are mainly made from recycled material. 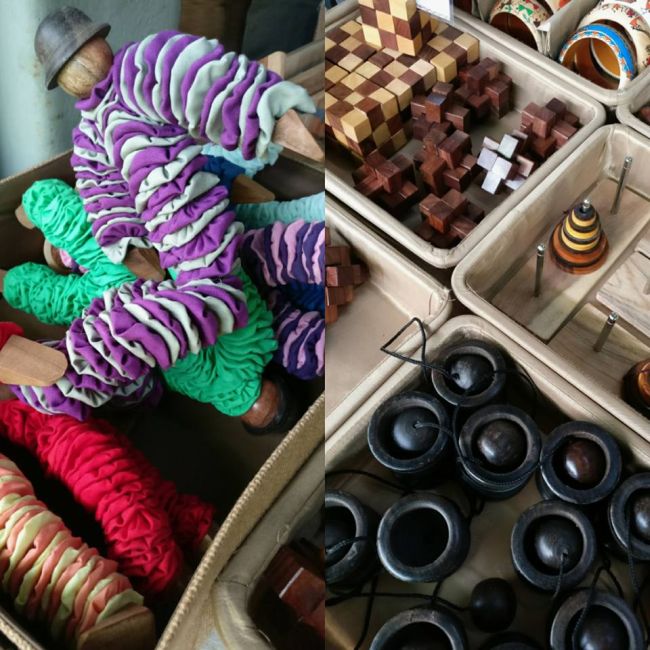 Items made from waste materials

Working with ‘Society for Child Development’, a Delhi-based NGO dedicated to people with disabilities, Prajapati, along with around 170 other differently-abled persons, has found employment through handicraft made from waste.

People hardly give jobs to differently-able people,” rues Prajapati, who is more than 70 per cent visually impaired.

Through this initiative, he feels they are not only earning their bread and butter, but also “contributing a little bit to a clean-and-green environment.

Apart from the daily use items made from waste, the stall also offers a variety of items like incense sticks and holi colours made from flower waste.

Also Read: Do It Yourself: Here’s How You Can Treat Flower Waste And Turn It Into Everyday Use Items 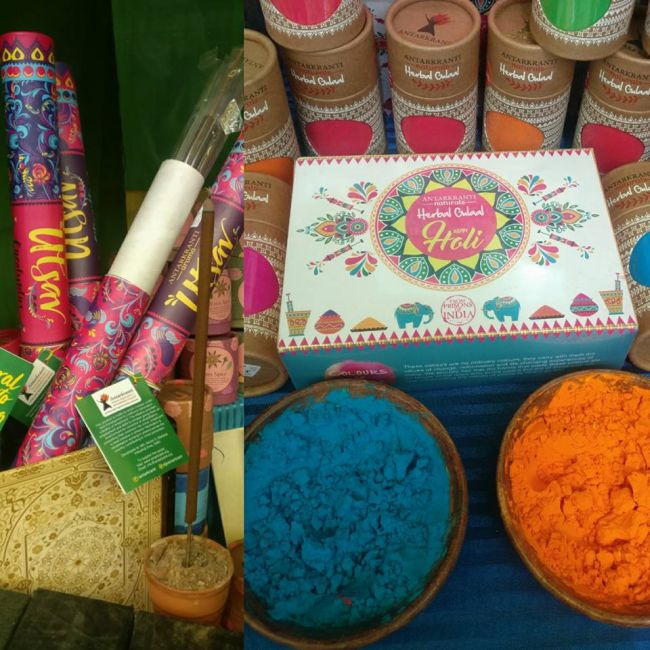 The items showcased in this stall is made using flower waste

The 10-day Dastkar Basant Bazaar, which started on February 15, boasts of several such shops selling handicrafts from traditional folk arts to eco-friendly ones.

From the ethnic jewellery, ‘Parak’, of Ladakh, madhubani/mithila paintings of Bihar to the popular ‘Channapatna’ toys (wooden toys) from Karnataka, the fair has a mix of rich folk art laden with a touch of care for the environment through organic colours.

Basant, meaning spring, symbolises blossom of flowers and renewal, said Laila Tyabji, crafts designer and founder of Dastkar — an NGO working for the revival of traditional crafts in India.

One of the traditional forms that is prominent in the fair is ‘Phad’ paintings — narrating a story through paintings.

Painted with natural dyes and colours made from stones on handmade canvas, this Rajasthani art form is used to depict stories ranging from historical to contemporary subjects, even topics like the “gau raksha”, as Rohit Jha, a phad painter, told PTI.

Describing this 700-year-old form as a dying art, Jha exudes determination to teach the skills to younger generation so that the sun never sets on art.

There are very few people at present who practise this art. There are many art forms that have become extinct due to poor preservation…That is why we are carrying it forward.

“Because if we stop, phad paintings will just become a memory, he said. 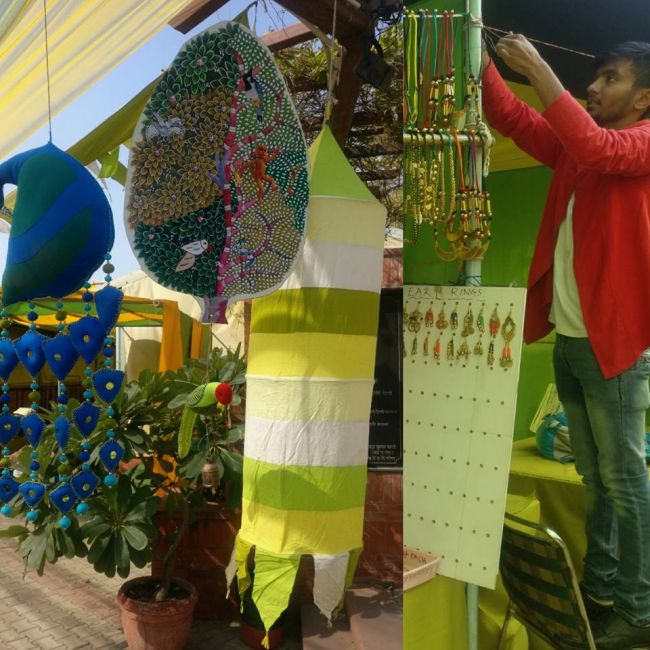 The mela was being called Nature Bazaar

The art bazaar came to an end today (February 26).

Image courtesy: All images used in the article above has been posted on dastkarsociety official Facebook page