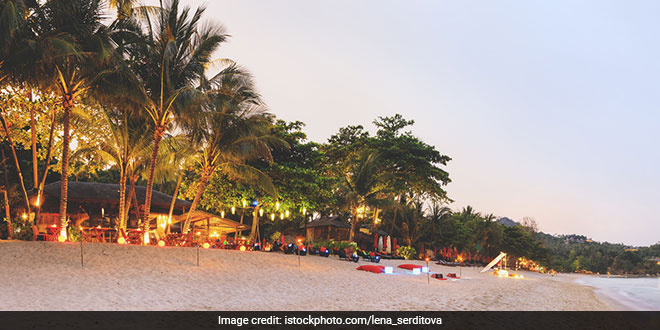 Panaji: The Goa tourism department has said their effort to provide clean and safe beaches to tourists is fetching results with the state getting honours at national and international forums.

Tourism Director Menino D’Souza said during the last one year alone, more than 15.79 lakh kg of waste has been collected along the beach belt and transported to a garbage management facility at Saligao in North Goa.

The recent ranking of Goa’s beaches at national and international forums has come as a huge positive for the industry expecting a rise in footfalls during the current season, he said.

Positive vibes of the scenic beauty combined with Goa Tourism’s cleanliness drives in the last three to four years have earned not only admiration for the state’s beaches, but also recognitions and awards on national and international platforms, Mr D’Souza told PTI.

The latest honour was the Agonda beach in South Goa being ranked No. 1 in the Asia list of the annual Travellers’ Choice Awards for beaches last month. Agonda was followed by Benaulim (South Goa), Mandrem and Palolem (both North Goa) ranked at No. 15, 18 and 20 spots, respectively, he said.

Also Read: A Toilet Must Before Renting A House, Goa Government To Mandate This Soon

Goa’s sandy and sun-kissed beaches have continued to draw tourists in lakhs over the decades, the official said.

“Whether its Calangute or Candolim or the quieter locales at Cavelossim and Benualim, tourists never fail to visit the sandy shores along the 105km stretch either for sun-bathing, a dip in the cool waters, or for some adventure water sports,” Mr D’Souza added.

In the recent past, Goa has bagged top honours for its beaches not only in India but also at the Asian and world level, he said.

The director said Goa Tourism has streamlined and regulated water sports activities in the beach belt and is committed to keep the beaches clean.

Cleanliness drives are carried out regularly to ensure beaches are garbage-free, he said.

Awareness drives are being carried out to discourage use of plastic items on the beaches, where the state government has also banned glass bottles, he said.

During the pre-monsoon and monsoon period, beach cleaning is stepped up to remove oily tar balls and waste washed ashore from the sea bed, he added.

India’s Real PadMan, Arunachalam Muruganantham Is A Testimony That Not All Superheroes Wear A Cape: Union Minister Hardeep Singh Puri