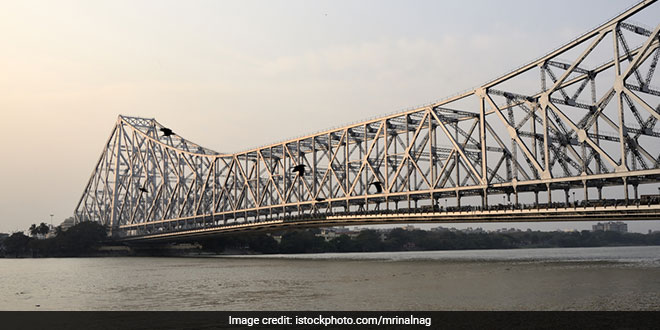 Kolkata: Six more districts in West Bengal are likely to be declared open defecation free (ODF) by the end of this month, an official said. Of the 23 districts in the state, the Centre had already announced eight districts as ODF. Howrah, Paschim Medinipur, Birbhum, Murshidabad, Malda and Dakshin Dinajpur districts are likely to be declared ‘Nirmal Zila’ or ODF by March 31, the senior official at the state Panchayat and Rural Development department told PTI.

“We have set a deadline of March 31 for completing the construction works for individual household latrines (IHHLs) in these six districts.

Construction works are almost over in Howrah and Malda districts. In the other four districts, we are hopeful in achieving the target before the end of this month, the official said.

A district is certified ODF only after representatives from the Union Ministry of Drinking Water and Sanitation conduct a review there to check whether all the households have IHHLs and give their nod.

“For Howrah and Malda, we are waiting for the representatives from the ministry to conduct a review. Once it is completed we will announce them as ‘Nirmal Zila’,” the officer said.

Nadia was the first district in the country to be acknowledged as ODF by the Centre, which has named the scheme as Swachh Bharat Mission.

Also Read: With 76 Towns And Cities Already Open Defecation Free, West Bengal Aims To Reach The 100% Mark By The End Of This Year

“In 2017-18, over nine lakh IHHLs were constructed and by next October we are targeting to completing 53 lakh more,” he said.

According to the official, funds from the Centre, meant for this project, were not “fully coming to the state”.

“Funds from the Centre are not coming fully to us. And the state government is spending much for the project and that is why we are not using the name Swachh Bharat Mission,” he said.

Around Rs 12,000 was required to construct one IHHL, of which 60 per cent was scheduled to come from the Centre and the rest to be contributed by the state government.

So far, around Rs 1,200 crore has been spent in West Bengal for the scheme, he said.

The state government is aiming to make the entire state ODF by October 2019, he said.