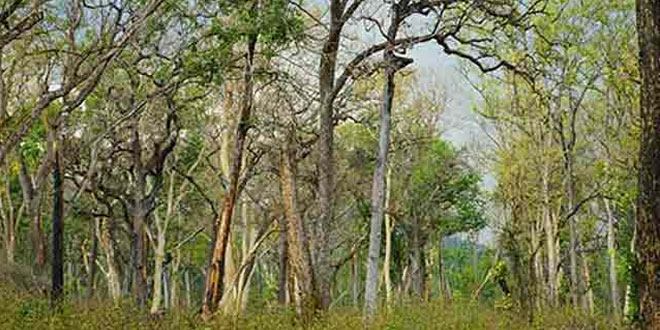 Gonda: One of the dirtiest places in India – Gonda – is going green to stop open defecation with the administration planting trees having religious significance in the hope of putting an end to the menace. The plan is already underway with plantation of saplings of Peepul, Mango, Neem, Banyan, Shami and Basil. They are being planted in open areas where defecation is common so as to check the menace. The plantation drive is being carried out in 16 blocks covering 80 villages — five villages from each block, Chief Development Officer Divya Mittal said.

Interestingly, the administration has tried to force the people having toilet facility to change their habits through this drive by choosing villages which already have the maximum number of toilets but people continue to defecate in the open, the official said. The areas which are frequented by the people for defecation purposes have been identified for planting the saplings, she said. Since the rural population is aware of the religious significance of these trees, they will naturally avoid these areas and opt for toilets.

As a pilot project, nearly 600 saplings were planted in Gonda district on the first day of the campaign on June 5, the International Environment Day. There is also a move to protect the planted saplings to not just realise the aim of checking open defecation but also protect environment, Mittal said.

Recently, authorities in some districts had fitted tiles with pictures of Gods and Goddesses on walls of government offices, especially at the corners of buildings, to prevent people from spitting betel juice and pan masala. Under the Swachh Bharat Mission of the Central government, villagers have been given Rs 12,000 per toilet. The administration has set the target of constructing 3.50 lakh toilets by October 18 to make the district open- defecation free against which one lakh toilets have already been constructed.

Gonda was voted as one of the dirtiest cities in the country in the recent Swachch Bharat survey. Gonda ranked a dismal 434th and fared poorly on all parameters — waste collection, solid-waste management, construction of toilets, sanitation strategies and behaviour change communication — in the cleanliness survey which was carried out during January and February. Launched in 2014, the Swachh Bharat campaign aims at making India clean and open-defecation free by 2019, the 150th birth anniversary year of Mahatma Gandhi.

This eastern Uttar Pradesh town is home to more than two million people.

Also Read: India Has Got Its Cleanest And Dirtiest Cities, All About The Mammoth Process Of Swachh Survekshan 2017