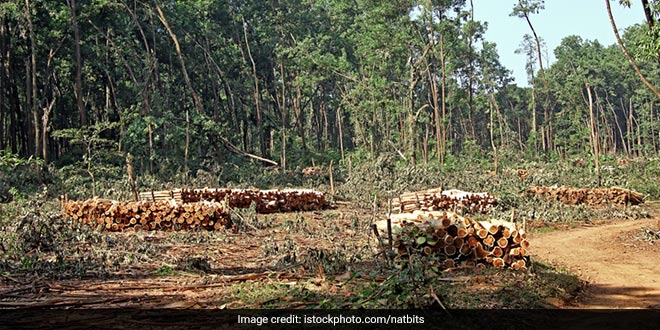 New Delhi: The effects of climate change like melting ice caps, receding glaciers, and diminishing forest cover are real and Google Earth’s ‘timelapse’ shows exactly that. In the biggest update to Google Earth since 2017, one can now see the planet in an entirely new dimension – time. Using 24 million satellite photos from the past 37 years (1984-2020), Google has created Timelapse in Google Earth. The images have been compiled and played in a timelapse format, providing an interactive 4D experience. It allows one to see time unfold and witness nearly four decades of planetary change.

It took more than two million processing hours across thousands of machines in Google Cloud to compile 20 petabytes of satellite imagery into a single 4.4 terapixel-sized video mosaic — that’s the equivalent of 5,30,000 videos in 4K resolution. And all this computing was done inside our carbon-neutral, 100 per cent renewable energy-matched data centers, which are part of our commitments to help build a carbon-free future, informed Google through an official blog post.

A user can type any location into the search bar to see it in motion, whether it’s a landmark or the neighborhood in which they grew up. Google Earth has also featured around 200 locations in 10 categories – agriculture, deforestation, glaciers, infrastructure, megacities, mesmerising changes, mining, natural disasters, urban growth, and waterways.

India’s Assam is one of the featured locations under the category deforestation. 38 second timelapse shows the diminishing green cover in the state.

Similarly, one can see Assam’s waterways, the development of the national capital Delhi, unfolding of natural disasters in Bihar’s Kosi River and infrastructural development at Tehri Dam in Uttarakhand.

Google informed that it has identified and removed artifacts in the imagery, like clouds.

Along with featured locations, Google Earth has created a ‘stories’ tab consisting of five themes – forest change, urban growth, warming temperatures, sources of energy, and our world’s fragile beauty. Google Earth takes the user on a guided tour of each topic to better understand them.

To explore Timelapse in Google Earth, visit g.co/Timelapse, search the location of your choice and see time in motion. Around 300 videos have also been uploaded on Google Earth’s YouTube channel.

The organisation believes that users will use the tool to assess the health and well-being of planet Earth and further educate people and inspire action.

Visual evidence can cut to the core of the debate in a way that words cannot and communicate complex issues to everyone, stated Google.

Vehicle Scrappage Policy: Is India On The Right Track To Ensure Clean Air For All?