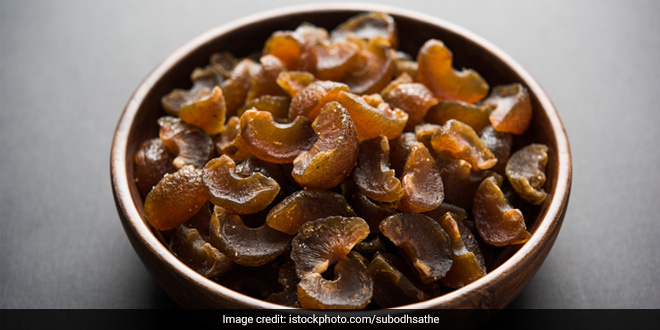 Hailakandi: The Hailakandi district administration of Assam as part of its nutrition drive among pregnant women and anaemic children has started giving gooseberry candy as an alternative to allopathic iron-folic acid tablet, an official said on Saturday. Gooseberry candy has been adopted in Hailakandi district following a report that the targeted groups find the prescribed iron-folic acid tablets repulsive, the official said. According to 2015 National Family Health Survey, 47.2 per cent of the women of reproductive age in Hailakandi were anaemic making it the district with the most anaemic children below 5 years age, adolescents and women of reproductive age in Assam.

Mothers, pregnant women and children in the district, data reveal, consume only 24.3 per cent of the total iron-folic acid tablets that the district receives and distributes, the official said. The district Deputy Commissioner Keerthi Jalli said,

The tablets given to these groups are often not consumed as they feel nauseated or have constipation issues. There are also myths that these tablets will kill them or make them incapable of conceiving. To get around the problem, during the launch of Poshan Maah or nutrition month a few days ago, the district administration decided to produce roundish gooseberry amla-gur candies with a dash of salt.

Nutritionists involved in the campaign said amla or gooseberry is rich in Vitamin C and antioxidants, while gur or jaggery is rich in iron, vital vitamins and minerals that boost the immune system. Ms. Jalli said,

The gooseberry candy is a home-made recipe and is provided alongside iron-folic acid tablets as a behavioural change in nutritious eating is a slow process. If women and children avoid the tablet, they can get the required vitamin and mineral inputs through the improvised delicacy whose ingredients are available locally.

Stating the candy is cost-effective too, she said that Anganwadi workers, supervisors and mothers have been engaged to prepare and distribute the laddoos with the ingredients given by the district authorities. An Anganwadi worker said,

This is a novel initiative that should go a long way in reducing anaemia that increases the risks during pregnancy and at childbirth, besides low birth weight and malnourished children.

About 32.5 per cent of the children aged below five years in Hailakandi are underweight, while the average figure for Assam is 30 per cent, the deputy commissioner added.

‘Revive The Dying Yamuna’, Say Activists As They Ask For Government Actions Towards Rejuvenating The River

International Coastal Clean-Up Day: Thousands Of Volunteers Come Together To Clean Coasts Across The Country