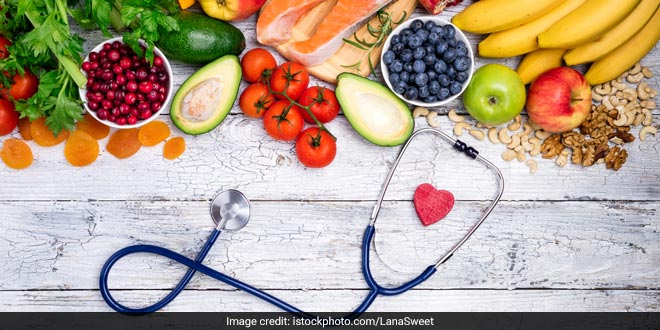 New Delhi: Lack of nutrition among children have far reaching impact on not just the physical health but also the mental development of the child. It is also a cause of mortality among children. Child wasting (low weight for height) which is usually the result of acute significant food shortage or disease or both is a strong analyst of mortality among children under five. According to the Global Nutrition Report 2018, India is home to half the population of wasted children, 25.5 million of the total 50.5 million children wasted globally. The same report states that India is home to 46.6 million stunted children (low height for age) out of a total of 150.8 million stunted children in the world. UNICEF says that stunting is associated with an underdeveloped brain, with long-lasting harmful consequences, including diminished mental ability and learning capacity, poor school performance, among others. The root cause behind child stunting and wasting is long-term insufficient nutrient intake and frequent infections.

In a bid to make India malnutrition free by 2022 and reduce stunting in identified districts of the country, the government launched POSHAN Abhiyaan on March 8, 2018, and observes September as ‘Poshan Maah’ or nutrition month. As the nation celebrates national nutrition month, NDTV speaks to Dr Suparna Ghosh-Jerath, Additional Professor and Head Community Nutrition at Indian Institute of Public Health (IIPH – Delhi), Public Health Foundation of India (PHFI) to understand the importance of nutrition during the first 1000 days of human life (from conception of the baby till two year after birth) and how these 1000 days shape the health of the child for the rest of his or her life.

Question: What are the first 1000 days of life and how are they divided?

Dr Suparna: The first thousand days of an individual’s life starts right from the time of conception to when the child is two years old. The first 1000 days are divided into three phases; the first phase is called the gestation period that is when a child is inside the womb and it usually lasts for 270 days. While the second phase is the infancy period (0-1 year), the third stage is the toddlerhood or early childhood (12-23 months).

Question: Why are the first 1000 days crucial? What role does nutrition play during these 1000 days?

Dr Suparna: The first 1000 days are crucial and often called the critical window of opportunity because during this time whatever nutritional care you give has long term repercussions on optimal health, growth and development of the child, and most importantly the brain development. It is often called the time of high neural plasticity which is basically how readily the brain responds to either positive or negative stimulus and as a consequence of which there is long term effect which remains even after the stimulus is removed.

Also, different parts of the brain mature at different time periods during this critical window of 1000 days; this development of the brain is quiet metabolically taxing and takes up a lot of energy and crucial nutrients like Protein, Poly unsaturated fatty acids, Iron, Zinc, Choline, micro nutrients, among others. Therefore it is crucial to provide optimal amount of nutrition and create a conducive environment for optimal brain development.

During the gestation period, a child gets nutrition through placenta so the mother’s nutritional status is equally pivotal. If a mother is not optimally nourished, it will lead to intrauterine growth retardation (a condition in which a baby doesn’t grow to normal weight while in the mother’s womb). We often say that during the first trimester, a mother need not take any extra protein, calorie and should continue with her regular diet, but in developing countries, especially among the socio-economically poor sections of the population, nutritional intake among women is often compromised. Women may not even get minimum nutrition so we need to ensure that the mothers’ pre-conception nutrition status is optimal, else it will hamper a child’s health. For instance, if a woman does not have enough of folic acid in her diet around the time of conception, child may develop neural tube defect – birth defects of brain, and spine.

Question: What nutritional practices should a mother and children follow during this period?

Dr Suparna: From the time of conception till the time baby is six months old, his/her nutrition is completely dependent on the mother therefore it is essential for a mother to take a balanced and diverse diet. Balanced in the sense it should have a right mix of energy giving food (cereal, pulses, nuts, oil, sugar), body building food (pulses, meat, milk, fish, egg) and protective food (fruits and vegetables).

Post birth, for the first six months, a child should be exclusively breastfed. Breastmilk has high and right kind of fat which is crucial for brain development. After six months, complementary feeding should be initiated without weaning the baby off breastmilk. Breastfeeding has to be continued for two years and beyond; after six months it needs to be complemented with adequate, safe and proper food and liquid to meet the additional nutrition needs of the young infant who grows at a faster rate.

For growth and development of the brain, essential nutrients are Protein, Zinc, Iron, Choline, Folate, Iodine, Vitamins A, D, B6, and B12 and long-chain polyunsaturated fatty acids, among others.

Question: What are the repercussions of lack of nutrition or a balanced diet during the first 1000 days of a child?

Dr Suparna: Lack of nutrition has both immediate and long term outcomes. Immediate consequences involve child being chronically malnourished, morbid, catching more infections, and may lead to high mortality rates. As far as the long term impacts are concerned, even if the child survives infectious episodes with poor nutritional status, he/she will get into the vicious cycle of poor nutrition and infection and this may lead to school absenteeism, and also a compromised cognitive development.

To elaborate upon this, chronic energy deficiency in these children leads to stunting, with stunting the IQ (intelligence quotient) points go down. So, even when child somehow survives the chronic nutritional insult and adapts to it i.e. becomes stunted, this stunted child with cognitive deficits, is not able to constructively contribute to the economic development and productivity of the country as an adult because he/she is not able to contribute to his/her full potential. Apart from the brain development, through nutritious diet we are also laying the foundation of optimal health during the later phase of life. Poor nutrition during the first 1000 days also set the stage for later obesity, diabetes, and other chronic diseases which can lead to a lifetime of health problems.

Question: What are some of dos and don’ts that need to be kept in mind for the first 1000 days?

Dr Suparna: The top five dos which a person needs to keep in mind are:

Dos are always followed by some don’ts, here they are:

National Nutrition Month: Nutritional Requirements Of A Baby From 0-2 Years