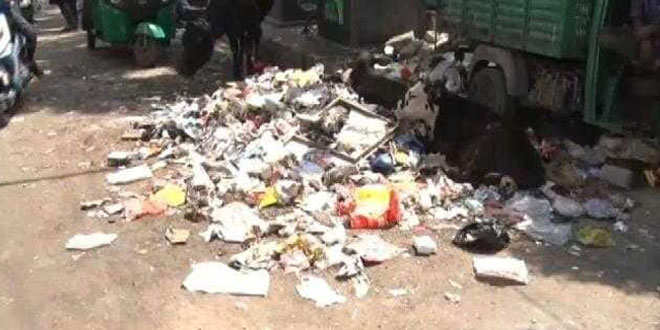 Bengaluru: Bengaluru’s civic authority, the Bruhat Bengaluru Mahanagara Palike (BBMP), has decided to hand over the investigation of the garbage-disposal scam to Karnataka’s Criminal Investigation Department (CID). Under the scam, the BBMP was ending up paying for garbage disposal vehicles that didn’t exist.

I have discussed matters related to the scam with Karnataka Deputy Chief Minister G Parameshwara, who has agreed to hand over the investigation to the CID, said BBMP Commissioner Manjunath Prasad. Mr Parameshwara also handles the home ministry and the ministry for Bengaluru city development.

The scam was unearthed after the BBMP decided to fix Global Positioning System (GPS) in all the vehicles being used for the disposal of garbage. The contractors were reluctant to install GPS in the vehicles but the BBMP had to “force” them.

This process revealed that contractors had given an “inflated number of vehicles” and almost a thousand vehicles “disappeared”. In other words, they were fake and existed only on paper. According to an estimate, the total loss the BBMP has incurred because of this is around Rs. 400 crore.

The BBMP uses two types of vehicles – auto-tippers and compactors – for collecting segregated waste in the municipal area spread over 700 square kilometres, divided into 198 wards that generate approximately 3800 tonnes of garbage per day

Every month, it pays roughly between Rs. 60,000 for each auto-tipper and Rs. 1.5 lakh per compactor depending on their capacity. It was paying for around 3600 garbage disposal vehicles but only 2600 could be authenticated through GPS.

Also Read: The Ugly Indian: A Bengaluru Group That Is Determined To Beautify Urban Spaces

When the matter was investigated by the BBMP, it was discovered that contractors had allegedly registered the same vehicle multiple times. This means that it was spending money on 1000 vehicles that didn’t even exist.

Related Topics:
Bengaluru Waste
Up Next