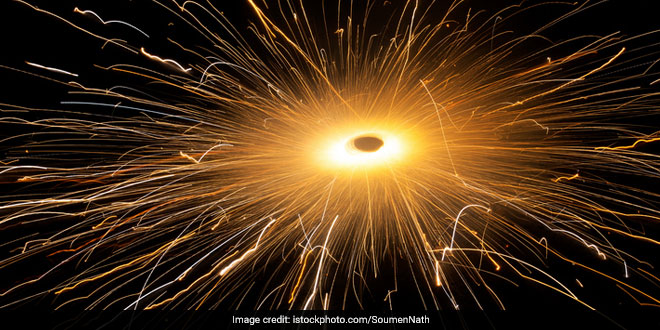 New Delhi: Standing firm on its October 23 decision of allowing only ‘green firecrackers’ this Diwali, the Supreme Court said that to keep pollution levels in check Delhi-NCR will have to stick to only green firecrackers, the ones with low emissions and decibel levels, this festive season. Firecrackers other than ‘green crackers’ will not be sold in Delhi-NCR under any circumstances. There is some relaxation for other states where they can use the already produced stock of firecrackers this Diwali. The Supreme Court also added that the decision of two hour window to burn crackers, will continue. Along with this, the Supreme Court allowed Tamil Nadu, Puducherry and other southern states to celebrate the festival of Diwali during morning hours and burst firecrackers from 4 am to 5 am and 9 pm to 10 pm. Apart from this, the apex court said that its direction on community bursting of firecrackers will apply PAN India for two hours. The court’s direction on ban on sale of firecrackers through e-commerce websites will also continue.

The Need For Green Crackers In Delhi-NCR

According to the Supreme Court guidelines, green firecracker refers to fireworks that produce low emissions and have less decibels. Crackers that emit less harmful particles have nitrogen-rich nitrocellulose that produce less smoke and harmful gases and therefore they are recognised as eco-friendly crackers.

People residing in Delhi-NCR are already grappling with air quality index (AQI) oscillating between ‘very poor’ and ‘severe’ category, because of stubble burning in states of Punjab and Haryana, construction and demolition activities, waste burning, vehicular pollution and other factors. Bursting of firecrackers during Diwali will add up to the crisis, creating emergency like situation, at least that is what has been the experience in the past. According to the forecast by Central Pollution Control Board (CPCB), situation will get worse in the coming days.

The Confederation of All India Traders (CAIT) today appealed the apex court to reconsider its decision of sale of only green crackers in Delhi-NCR region in the wake of livelihood of lakhs of traders and other people whose bread and butter depend upon firecracker business. CAIT has requested the apex court to allow the sale and use of traditional firecrackers this year and make green cracker mandatory from next year.

According to CAIT Secretary General Mr. Praveen Khandelwal the problem with green crackers is lack of awareness about it. Neither manufacturers are clear about the concept of eco-friendly crackers nor the consumers. The major reason behind CAIT urging the Supreme Court to allow the sale of traditional crackers in Delhi-NCR is the piled up stock of already manufactured crackers. Says Mr. Khandelwal,

As per an estimate, fire crackers worth about Rs.500 crores are in lying as stocks in Delhi NCR.

Does Delhi-NCR Have Green Firecrackers For Diwali?

Scientists at Council of Scientific and Industrial Research (CSIR) have developed less polluting firecrackers which are also 15 to 20 per cent cheaper than conventional crackers, but these won’t be available for this Diwali. The crackers invented by CSIR await licence by Petroleum and Explosives Safety Organisation (PESO).