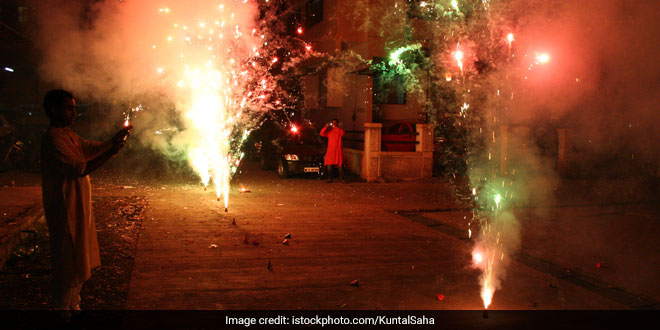 New Delhi: Responding to the Supreme Court’s decision of allowing only green crackers or crackers causing less pollution to be burnt this festive season, former Indian Medical Association (IMA) president KK Aggarwal insisted that such kind of crackers can only mitigate the effect of pollution, and not completely eradicate the menace.

Green cracker is still a cracker. By using these sort of crackers you can only reduce the effects of pollution but cannot eradicate air pollution. At present, we need total elimination of the harmful effects of air pollution, Dr Aggarwal told ANI.

Dr. Aggarwal further said that air pollution in Delhi is likely to worsen from November 8 to 10 as toxic fumes from firecrackers and stubble burning could gush in the atmosphere because of a change in the speed and direction of the wind.

The situation in Delhi at present can be compared to an emergency, like situation in Kerala when it was hit by a flood. There is a flood of pollution waves in Delhi. This can only be tackled if the all the political parties come together take necessary action instead of playing the blame game, he added.

On October 31, the top court had issued an order stating that only green crackers will be sold in New Delhi and the national capital region (NCR) in the run-up to Diwali.

A division bench, headed by Justice Arjan Kumar Sikri, also said that pollution-causing firecrackers, which have already been manufactured, will not be allowed to be sold in the NCR.

In view of the rising air pollution, which is aggravated by bursting of crackers, the Supreme Court, last week, said that burning of bangers will be allowed only between 8 pm and 10 pm on Diwali.

Though the Central Government has taken some steps to reduce air pollution, the people in Delhi feel that the authorities have not done enough to curb the hazard. On Tuesday, scores of protesters took to streets against the Ministry of Environment, holding placards and shouting slogans, like, “give back blue skies”, “breathing is killing me”, “our kids are breathing poison.”

Recently, Union Minister for Environment and Climate Change Harsh Vardhan had appointed 52 teams comprised of Central Pollution Control Board (CPCB) officials to examine the root cause of pollution in Delhi and National Capital Region. The government also installed scores of air purifiers at major traffic intersections in Delhi.

On Tuesday, just a day ahead of Diwali, Delhi’s overall Air Quality Index (AQI) was recorded at 449 by System of Air Quality and Weather Forecasting And Research. The AQI around Chandni Chowk recorded PM 10 levels at 437 and PM 2.5 at 425, while PM 1O levels were 396 and 470 around Airport Terminal 3 and Delhi University area, respectively.

Taking cognizance of the crisis in the capital, Delhi Traffic police has issued an advisory urging commuter to turn off their vehicle’s ignition at stop lights and to carry a valid Pollution Under Control Certificate.

The drivers carrying construction material must cover their vehicles properly. In order to avoid a heavy traffic jam, commuters must take help from social media, transport helpline services to gain prior information. Park your vehicles in a designated space. Diesel vehicles older than 10 years and 15 years old petrol vehicles should not be put to use. People must commute via public transport such as Metro, buses, carpooling etc, it added.