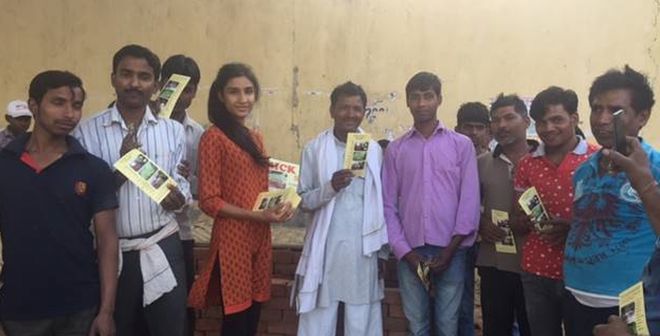 New Delhi: Did you know, in our country around 40% of the food produced gets wasted even before it reaches your plate? According to a report published by the Food and Agricultural Organisation of the United Nations, every third malnourished child is Indian. Yet, we waste as much food as is consumed by whole of United Kingdom. One of the major reasons behind the growing problem of food wastage is that our farmers or vegetables/fruits vendors do not have proper storage facilities available with them. As a result, India struggles with a lot of food wastage. But a young innovator may have just hit on an idea that can tackle this problem. A class 12 student who has always been passionate about finding solutions to problems, has made a prototype of a ‘magic-fridge’ which can run without electricity. The product is mainly for farmers and middlemen in supply chain of vegetables and fruits, right from when it is grown to when it is sold to the end user.

From the beginning, I was always inclined towards environmental issues and wanted to find sustainable solutions. Living on a farm for most of the time with my family, I used to see a lot of food wastage happening around me. Speaking with the vendors and middlemen there I realised they are struggling badly because they don’t have proper storage facilities with them to store the food items, as a result, a lot of it gets wasted even before the food reaches our plates. That was the time I started looking for sustainable options, said innovator Dikshita Khullar, a class 12 student from G.D. Goenka Public School, Vasant Kunj, New Delhi.

It took a few months of research for Dikshita to figure out that farmers and food sellers need proper storage facilities for perishable food items to prevent wastage. That’s when she came up with the idea of making a fridge that doesn’t need electricity to run on and which is cost effective.

What I learnt in my science classes in school, I simply started using that information into the making of the magic-fridge. I used the concept of passive evaporation and built my prototype with easily available materials so that the farmers don’t have to rely on costly things, says Dikshita.

All About The Innovation – A No Frills Refrigerator Made From Bricks 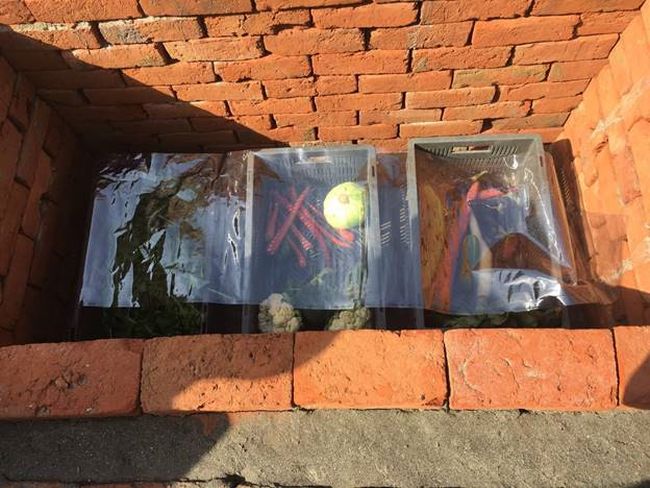 This fridge can hold up to 6 crates or 120 kg of vegetables which can stay fresh for 7 days, without electricity

Using bricks, sand, jute bags and bamboos, Dikshita made a prototype of the magic-fridge. Explaining her creation, she says, “Imagine one big rectangular structure constructed with bricks and another small rectangular structure built inside the big rectangular chamber. The catch is to leave some space in-between both of these structures so that it can be filled with sand. The upper part of the chamber is covered with the bamboo lid and that’s all that there is to this structure.” 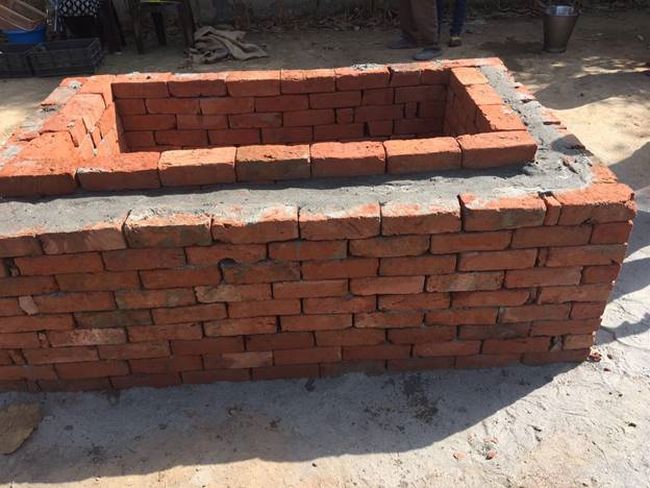 Just bricks, sand, jute bags and bamboos are the raw materials to build a magic fridge

This chamber can hold up to 6 crates or 120 kg of vegetables and can keep the veggies fresh for 7 days. Yes, you heard it right!

The methodology is simple, the vegetable vendors have to water the chamber every 2-hours because that’s what will keep the inside area cool. This chamber can keep the temperature 10-15 degree Celsius lower than the outside temperature and maintain about 90% relative humidity, adds Dikshita.

The little innovator has built her first prototype in village Sultanpur, Delhi where she lives and another one in Manger village of Haryana. The cost of making one fridge is approximately Rs. 4,000.

This is like a magic-fridge, it has helped me reduce post-harvest losses and has also raised the value of my vegetable stock in the glut period, said a local vegetable vendor, Kanhiya Lal from Manger village.

Towards A Green Future

I want to work on my design effectively and want to add a water feature so that no one has to water it after every two hours. In the coming months, I wish to spread my idea in as many areas as I can simply because it is high time that we stop wasting food. India is the second biggest producer of wheat; still, there are thousands of people who die because of hunger. I want to put an end to this sad yet true reality, the young innovator signs off.

From Waste To Wealth: First Bricks And Now Lights, This 24-Year-Old Uses Waste To Create His Innovations

Waste Management: This Enterprise Is Turning Waste Materials Into Furniture And Handbags