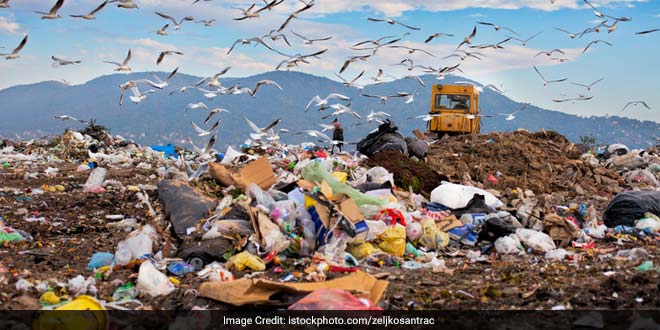 New Delhi: Okhla waste-to-energy plant, which was cleared by NGT, is functional and complying with all the specified parametres, the National Green Tribunal has been informed. A joint inspection team comprising officials from Central Pollution Control Board (CPCB) and Delhi Pollution Control Committee (DPCC) told a bench headed by NGT Chairperson Justice Swatanter Kumar that the incinerator plant was meeting all the prescribed norms.

The joint inspection report in relation to waste to energy plant at Okhla has been filed. As per the report, the plant is functional and is complying with the specified parametres. In view of that, no further orders are called for.

The points/deficiencies of non-functional part of plant should be made functional by the project proponent in all respect, the bench said.

Earlier, the NGT was informed that almost 90 per cent work at the Okhla waste-to-energy plant has been completed and it will be fully operational by February 28.

Also Read: 5 Cool Waste Management Ideas From The World That India Can Adopt

The green panel had earlier directed CPCB and DPCC to inspect the waste-to-energy plant on February 22 and 23 and submit a report on it.

On February 2, the tribunal had allowed Okhla waste-to- energy plant, located in south Delhi’s Sukhdev Vihar, to run after noting that it was non-polluting but imposed an environmental compensation of Rs 25 lakh for its deficient operation earlier.

It held that the project proponent is liable to pay EC of Rs 25 lakh in terms of provisions of the NGT Act for the pollution resulting from deficient functioning/operation of plant and its stack emissions being in excess of prescribed parametres upto the period of December 18, 2014.

The tribunal’s verdict had come on a petition filed by residents of Sukhdev Vihar alleging that the plant was releasing “toxic” emissions which had affected their health.