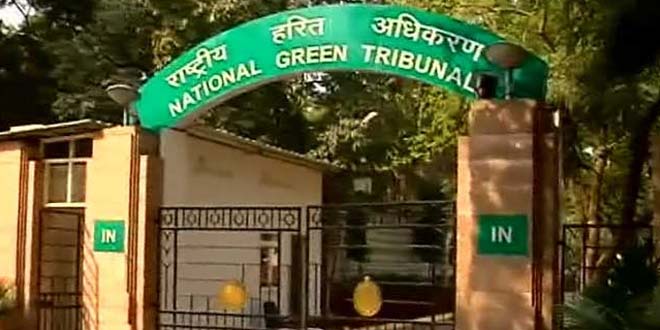 The UP pollution control board (UPPCB) and Mathura Cantonment Board have been directed by the National Green Tribunal to pay Rs 5 lakh and Rs 10 lakh respectively for causing pollution in the temple town.

The problem of MSW is not confined to Mathura Cantonment Board or Mathura city but it is a national problem. It requires collective, progressive and effective steps to be taken before the MSW is managed and disposed of in accordance with the law in force, a bench headed by NGT Chairperson Justice Swatanter Kumar said.

The green panel castigated UPPCB and the Cantonment Board, which works as a municipal body, for failing in their constitutional duties and causing continuous air and water pollution.

We have no hesitation in holding that the UPPCB as well as the Mathura Cantonment Board have miserably failed to protect the environment and discharge their statutory and public law obligation in accordance with the law in force. For this reason, they are liable to pay Environmental Compensation (EC) in terms of Section 15 and 17 of the NGT Act. Thus, we direct that UPPCB shall pay Rs 5 lakh as EC while Cantonment Board shall pay Rs 10 lakh for causing continuous air, water, ground water pollution… They have also failed to seek permission for the use of trenching ground under the law in force and operating it without the consent of the Board or without any authorisation and in complete violation and disregard of the Solid Waste Management (SWM) Rules, 2016, the NGT said.

It also directed both the authorities to pay the compensation to the Central Pollution Control Board within two weeks and asked the Board to submit application for consent to operate and for authorisation within two weeks to the UPPCB.

Mathura Cantonment Board, within a period of three months would complete the construction of the wall between the river and the trenching site in question to ensure that under no circumstances the MSW should be permitted to enter directly or indirectly into the flood plain or in Yamuna.

UPPCB shall issue complete and comprehensive directions in relation to collection, transportation, segregation and dumping of waste at the site in question in accordance with the SMW Rules of 2016, within a period of four weeks. There shall be complete segregation of waste into bio degradable and non-bio degradable waste. The judgement came while hearing a plea filed by Mathura resident Tapesh Bhardwaj alleging that Cantonment Board after collecting MSW from areas under its jurisdiction dumped the waste on the Yamuna floodplains.

It claimed that Mathura Cantonment Board has destroyed Yamuna riverbed by using it as a landfill site and is also throwing the waste into the river and making the water very toxic.