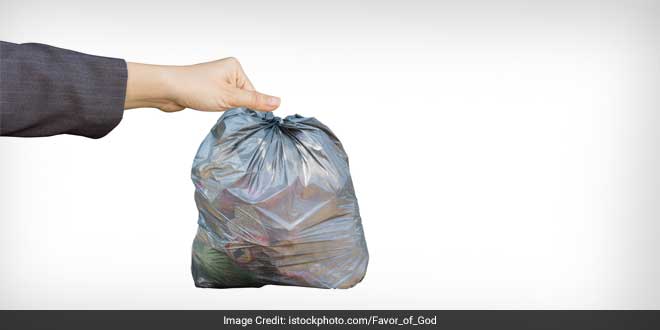 The biggest roadblock in achieving the Swachh Bharat Mission’s goal to create a clean India by 2019 is the problem of improper disposal of waste. A country of 1.2 billion is currently running the risk of drowning in all the waste it generates on a daily basis, simply because waste segregation in India is an uncommon practice. Currently around 62 million tonnes of solid waste is generated annually out of which 70-75% remains untreated and 31 million is mostly dumped into landfills. This is when the waste segregation is compulsory across India under the Solid Waste Management Rules 2016. Now, to manage this problem, the government along with the state governments and municipal representatives plans to implement the practice of waste segregation at source across 4,000 cities. This massive waste management movement is set to officially launch on June 5, World Environment Day, though the ground work for it has already been started by the Ministry of Urban Development.

The Main Aim
The ministry will hold a four-month-long awareness and education campaign across these cities in order to teach citizens the importance of managing their own waste. The campaign will run until October 2, 2017 and once completed, the government will consider a world record for the maximum number of people pledging to segregate waste.

While the focus is on “bringing about mass-scale behaviour change among citizens,” the ministry also plans to introduced a nation-wide guidelines for streamlining the process of waste segregation by introducing a two-bin system in every household—a green coloured bin for wet waste which is biodegradable and a blue coloured one for non-biodegradable or dry waste. According to the standard operating procedures issued by the ministry, once the waste is collected; all the segregated waste would be stored and processed in a segregated manner by the urban local bodies.

However, all these steps will only be successful once there is proper awareness among people. For this, the government is leaving no stone unturned – From various awareness drives to teach source segregation to masses to putting up hoardings in public spaces, the government and the local bodies are doing it all to make it a mass movement. Here’s the ground report of things done by the ministry along with local bodies in order to make Waste Segregation a more common concept in India.

Small Acts, When Multiplied By Millions Of People, Can Transform India

Here are what some of the cities of India doing when it comes to waste segregation:

An awareness drive about the importance of waste segregation was conducted by New Delhi Municipal Council.#MyCleanIndia #SwachhBharat pic.twitter.com/QqOiGxaTmu

South Delhi Municipal Corporation: Adopting one of the simplest recycling formulas, SDMC ward chooses Composting. It is one of the effective ways of starting a waste segregation at source.

Indore: India’s cleanest city as per the Swachh Survekshan 2017 is one of the first few cities to initiate the practice of reducing waste generation through composting. To retain the Swachh ‘Cleanest City’ crown, the city is supporting the government massive waste management movement on World Environment Day by organising various education drives on the importance of waste management and segregation at source.

An awareness campaign about the essentials of waste segregation was conducted by Indore Municipal Corporation.#MyCleanIndia #SwachhBharat pic.twitter.com/muNI498Nu6

Madurai: To prepare for waste segregation at household level on a day to day basis, Madurai has already held an awareness drive among sanitation workers so that they start accepting segregated waste from the waste generators.

Sensitization of sanitary workers by Madurai Municipal Corporation regarding source segregation in all wards.#MyCleanIndia #SwachhBharat pic.twitter.com/SUxPWeVcK7

Surat: Surat Municipal Corporation through Information education and communication is teaching localities of Surat area about ‘Why segregating waste’ is a crucial thing to fight India’s waste woes. The city was ranked 4 in the recently held Swachh Survekshan 2017.

An IEC activity on the importance of waste segregation was conducted by Surat Municipal Corporation.#MyCleanIndia #SwachhBharat pic.twitter.com/PU8GJgGvTg

Hyderabad: The city doing its bit in encouraging waste segregation as the concept among the residents.

Bhopal: In a bid to make people more aware about the concept of two bins, a system is being put in place, wherein bins were distributed to shopkeepers of Sonagiri recently, with the hope to introduce waste management in market area.

Shopkeepers in Sonagiri were given waste bins by #Swachhagrahis for proper disposal of waste.#MyCleanIndia pic.twitter.com/UXgFwFsT4y

Vadodara: Highlighting the mantra of adopt Waste segregation, hoardings were placed all over the city.

Hoardings were placed at various locations in Vadodara to dispense info about source segregation of waste.#MyCleanIndia #SwachhBharat pic.twitter.com/CHuaM1LdwW

The ground is being prepared for the massive waste segregation drive to begin across India on Environment day. But a lot more is needed to sustain this drive and make it an integral part of daily lives all citizens.