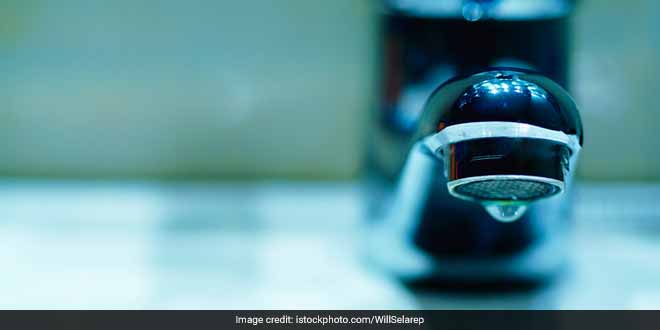 Gandhinagar: Gujarat will hold a month-long water conservation drive – Sujalam Sufalam Yojana – across the state from May 1 to increase the availability of water. Chief Minister Vijay Rupani, who will spearhead the drive that entails an expenditure of around Rs 345 crore, said that conservation, recycling, and reuse of water will be done with the help of voluntary organisations, educational and religious institutions, industries, public sector undertakings and non-resident Gujaratis.

The government is expecting another Rs 100 crore from private participation.

The underground water table in Gujarat lies depleted. For years, regions like Saurashtra have been devoid of water. We have seen that even one or two years of drought takes away development of five years. We want to change this situation and increase water resources through Sujalam Sufalam Yojana.

The scheme will incorporate government efforts as well as private and public participation in a revamp of water bodies in Gujarat.

Various tasks like increasing the depth of lakes and ponds, renovation of river banks and catchment areas, de-silting of water reservoirs, check dams and other water bodies will be taken up.

Cleaning and repairing of the Narmada canal network and other reservoirs will also be taken up.

Some desalination plants will come up across coastal areas in the state. The government aims to revive the state’s rivers, starting with 32 rivers in 30 districts.

The Gujarat government hopes to increase water availability by 11,000 lakh square feet through revival and revamp of 13,000 water bodies.

The BJP government has formed coordination committees at the district level headed by the respective collectors to oversee the scheme’s functioning. The operations across the entire state will be monitored by the Chief Secretary.

We have prepared master plans for each district. Officials have been designated to oversee the works. The expenses will be supervised by district committees and disbursed by the collectors. A total of 10,570 works will be carried out under the Mahatma Gandhi National Rural Employment Guarantee Agency, giving employment of 50 lakh man days, said Chief Secretary J.N. Singh.

Chief minister Rupani said that the state will also announce its waste water recycle and reuse policy in May.

There will be effective implementation of rainwater harvesting in urban areas and necessary steps will be taken to avoid the flow of polluted water into ponds.

Also Read: Bengaluru To Treat Liquid Waste Discharged From Landfills And Use The Recovered Water To Refill The City Lakes