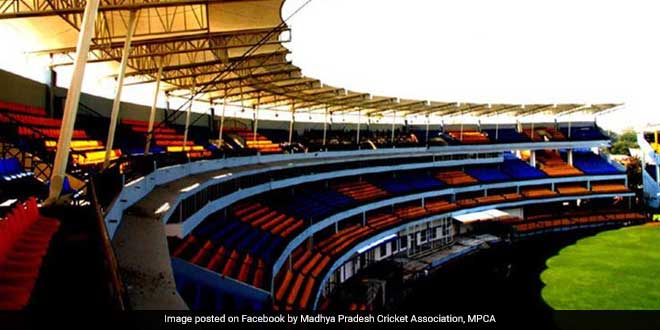 Mumbai: Millions of cricket fans packed in stadium, charged up atmosphere raining wickets, sixes and fours, action packed energetic and an adrenaline rush like no other is what India’s biggest cricket festival Indian Premier League is all about.

But an inevitable part of the cricket frenzy is the volumes of waste generated in every match. In a bid to ensure that IPL fever doesn’t increase the city’s waste burden, India’s cleanest city – Indore will extend the elements of Swachh Bharat Abhiyan applicable to IPL and incorporate the three R’s – reduce, reuse and recycle. The decision to make IPL matches waste-free was finalised in a meeting held between Madhya Pradesh Cricket Association, Indore Municipal Corporation and the Kings XI Punjab team management, who has declared the Holkar stadium as its home ground.

Four IPL matches will be played at the Holkar cricket stadium starting from May 4. Ever since we have received the cleanest city tag in Swachh Survekshan 2017, we have taken all the possible measures to retain the tag in the next cleanliness survey. Hence, any activity that takes place in the city must pass the swachhta parameters. The 19-point declaration of 8th Regional 3R forum in Asia and The Pacific, which was recently signed in Indore, will form the basis of all four matches, District Collector Nishant Warwade told NDTV.

The Indore Municipal Corporation (IMC) has chalked out two different waste management strategies – one for dry waste and another for wet garbage. The dry waste generated will be recycled and wet garbage or food waste will be composted.

Mobile composting units will be placed inside the stadium to treat the food waste generated immediately. The manure produced will be used on the ground. An IPL match, on an average, generates approximately 900 kilos of organic waste.

In addition, The civic has imposed a blanket ban on plastic items being carried inside the stadiums.

Following are some of the steps that will be taken by the administration.

Mr Warwade hopes the four matches that will be played in Indore will set an example in terms of cleanliness and waste management, “The matches are taking place a month before the World Environment Day. And this year’s theme being plastic pollution, we want to set an example and show the world that green cricket matches can be a reality,” he added.

Gujarat To Conserve, Recycle And Reuse Of Water To Tackle Water Scarcity In The State