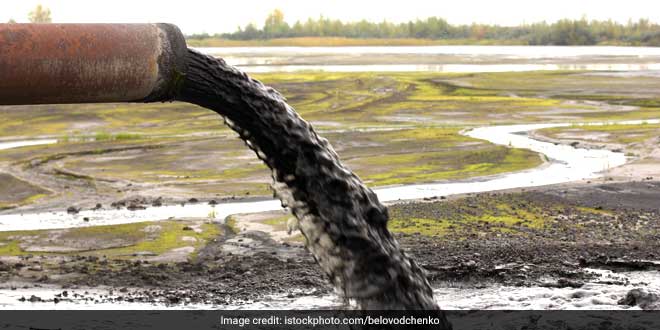 Ahmedabad: The Gujarat government unveiled its ‘Reuse of Treated Waste Water Policy’ which aims to reduce the state’s dependence on fresh water sources like the Narmada river. Chief Minister Vijay Rupani and Deputy Chief Minister Nitin Patel launched the policy at a function held in Gandhinagar.

The policy will promote the use of treated waste water and will see the setting up of sewage treatment plants (STP)in all major towns and cities of Gujarat.

An official release said that under this policy, the state government planned to construct 161 sewage treatment plants to treat waste water and use it for non-drinking purposes.

The treated water would be used in industrial units, thermal power plants, gardening and in the construction sector, it added.

At present, around 2,600 million litres per day (MLD)of waste water was being treated by 52 STPs in the state.

The policy aims to double the existing water treatment capacity to around 5,000 MLD in the next two years, the release informed.

Chief Minister Rupani, speaking at the function, stressed on the use of treated waste water in order to conserve other ground and fresh water sources.

Under this policy, the state government will make it mandatory for thermal power plants located within a radius of 50 kilometres of an STP to use treated water.

This would also apply to industries or industrial parks which are consuming over 1 lakh litres of water per day, the release said.

The policy document said that once these industries got a connection for treated water, the state government would disconnect the fresh water connection given to them.