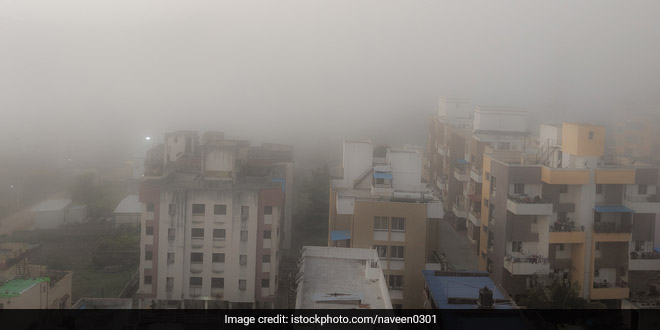 Chandigarh: Haryana government will set up two 24-hour control rooms in Gurugram and Faridabad districts to reduce the increasing pollution levels in the National Capital Region (NCR). For this, special training will be imparted to the concerned employees, according to an official release. Haryana Chief Secretary, Vijai Vardhan gave these directions while presiding over the meeting of the Haryana Pollution Control Board held here today (October 9). In the meeting, the Chief Secretary, while ensuring compliance with the directions of Environment Pollution (Prevention and Control) Authority (EPCA) directed to ban the use of diesel generator sets (other than essential/emergency services) in Faridabad and Gurugram and for this, electricity from the grid can be supplied without disruptions in these areas, which would then obviate the need for diesel generators.

He further directed that large construction projects, including highways and metro will provide an undertaking to the State Pollution Control Boards or Pollution Control Committees that they will assure adherence to the prescribed norms and guidelines for dust management.

Along with this, industries, particularly in the Red and Orange category, will provide an undertaking to the State Pollution Control Boards or Pollution Control Committees that they will use only authorised fuel.

Ensure enforcement and full compliance of the action plan on the identified pollution Hot-Spots through ground-level surveillance, night patrolling so as to ensure zero-tolerance for all sources of pollution, said the Chief Secretary.

“Control of air pollution during winter will require greatly enhanced vigilance on the ground so that sources, such as industrial stacks and garbage dumping and use of illegal fuel are checked. The use of all technologies for dust management, including smog-guns, should be extensively used during this period,” Vijai Vardhan stated.

The Chief Secretary further directed the officers concerned to specifically set up pollution control rooms in Gurugram and Faridabad so that the public can contact them directly for problems and complaints related to increasing pollution levels.

The complaints and problems reported in the control room should be analyzed, which will make it easier to understand for the officers concerned as to what kind of difficulties are being reported in which area and what measures are to be taken to resolve them immediately, he added.