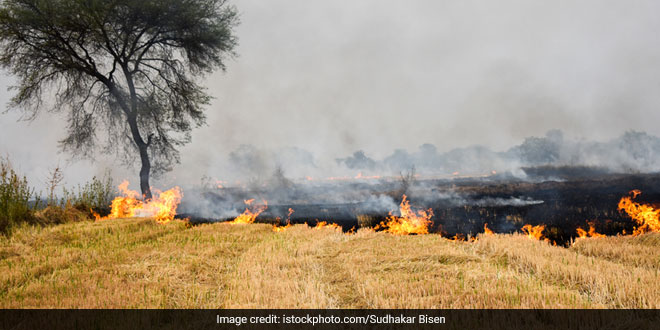 Chandigarh: Asserting that many panchayats have passed resolutions against stubble burning, Punjab Social Security, Women and Child Development Minister Aruna Chaudhary on Friday (October 9) urged the rest to sensitise the farmers against the menace, which could exacerbate the COVID-19 situation.

“Accepting the appeal of Punjab Chief Minister Captain Amarinder Singh to ensure zero stubble burning, many panchayats have passed resolutions against the menace. But the target of zero paddy stubble burning would be achieved only when all the panchayats will team up with the state government and pledge to shun the threat. The panchayats should ensure that harvesting of paddy is done only by combine harvesters. They should inform police and administration immediately in case of any violation as it will cause huge damage to human health, especially children and old-age people, in these trying times of coronavirus,” an official release quoted her.

Citing findings by the experts of Punjab Agricultural University, Ludhiana, that in-situ management of crop residue without burning it will increase land fertility, the Cabinet minister said in this way farmers would get a 9 per cent increase in yield, that is two quintals of more produce per acre.

She said that in-situ residue management machines will cost Rs 1,400 to 1,700 per acre.

The minister added that the government has appointed nodal officers at the village level to check and immediately report the stubble burning incidents, “implementing the directions of the Supreme Court in true spirit”.

On the state government’s arrangements for the storage of paddy straw, aiming at zero stubble burning policy, the minister said the district administrations have been directed to make a fool-proof arrangement at the village level on common land, near cattle ponds and gaushalas. The district authorities have also been ordered to provide sufficient space for the storage of Basmati straw, which can be used as cattle feed, she said.

Stubble burning during the Kharif harvesting season in Punjab and Haryana is a major environmental issue that has even been adding to the pollution levels of neighbouring Delhi for the past few years. During these unprecedented times, stubble burning is being seen as a threat all the more as increased pollution levels add to breathing troubles, which can complicate COVID-19 infections.

Gurugram, Faridabad To Have Pollution Control Rooms Functioning Round The Clock